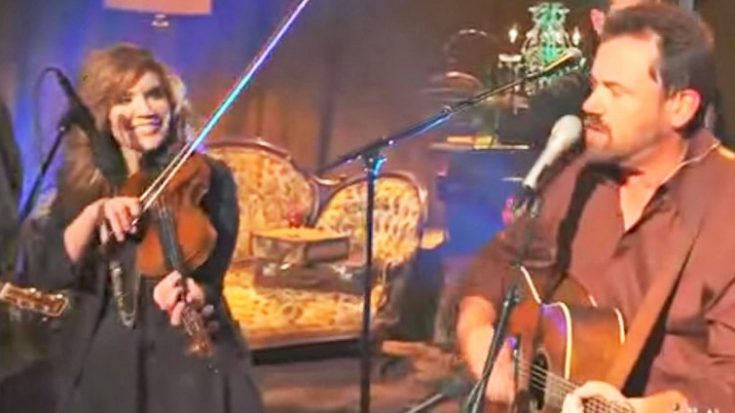 An Old Song Revived Through Film

2000 was quite a year for country music, defined in large part by the success of the film O Brother, Where Art Thou? The Depression-era adventure movie featured folk, bluegrass, and gospel music, all genres that share close ties to country.

As a result, some country stars were enlisted to help with the film’s soundtrack.

Grammy-winning artist Alison Krauss offered her voice to multiple tracks on the album’s soundtrack, including “Down to the River to Pray” and “I’ll Fly Away.”

For years, Krauss has performed along with her band Union Station.

Like Krauss, Union Station guitar and mandolin player Dan Tyminski also played a part in the O Brother, Where Art Thou? soundtrack. He was given the honor of singing lead vocals on what went on to become the film’s most recognizable song, “Man of Constant Sorrow.”

Although O Brother, Where Art Thou? popularized “Man of Constant Sorrow,” it has been around for much longer.

The song was first published by a blind fiddler named Dick Burnett, who wrote it down in a songbook that dates close to 1913.

Called “I Am a Man of Constant Sorrow” in O Brother, Where Art Thou? the song is performed in the film by the fictional musical group The Soggy Bottom Boys. The film’s lead actor, George Clooney, was originally supposed to sing the song, but they eventually decided to have him lip sync to Tyminski’s vocals instead.

Hear Him In Harmony With Alison

The choice to have Tyminski sing lead on the song paid off, because it went on to receive the Grammy Award for Best Country Collaboration with Vocals in 2002. It also won the CMA Award for Single of the year, and was named the 2001 Song of the Year by the International Bluegrass Music Association.

Since it’s always been a crowd favorite, Tyminski often performs “Man of Constant Sorrow” at his shows. He once performed the song with Union Station and Krauss, who for once was not the one singing. Instead, Krauss let her bandmate take center stage to sing his signature part while she accompanied him on the fiddle.

In addition to Krauss’ fiddle playing, the group’s performance features a wealth of instrumental talent. Sit back, relax, and enjoy this splendid showcase of country music at its finest.

This is something we could never get tired of watching!