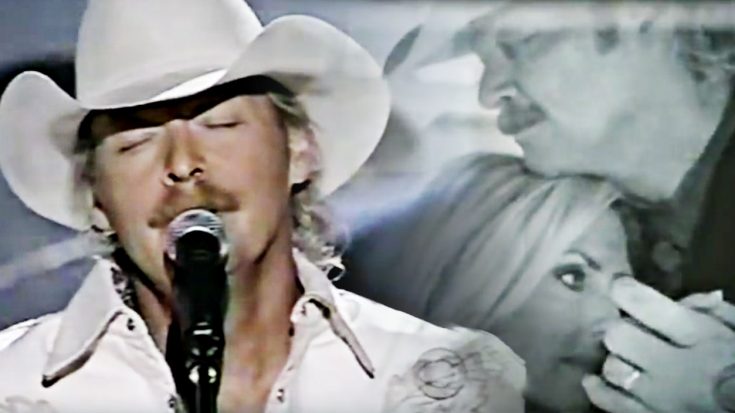 One of the biggest songs of his entire career, this timeless ballad brought a wave of emotion to every single audience member as he performed this live during the 2004 ACM Awards.

Just a few months following the debut of his first single from the Greatest Hits Volume II album, Alan Jackson found himself dazzling and delighting the country music industry with a live performance of “Remember When” flanked by beautiful imagery of his life with wife Denise.

Called “the most poignant, well-written country song to hit the format in a long time” by Billboard, Jackson’s chart-topping masterpiece was penned just by him and opened a door into the mesmerizing life he has spent with Denise. Throughout the track, he describes how he’s looking back at all the great moments they’ve shared and fondly recalls their daughters growing up.

Throughout the live performance, you can hear the emotion and importance of this song in every note he sings; the audience watching intently as Alan Jackson pours his heart and soul out into this tender ballad for his wife.

Alan Jackson Unveils Passionate Song He Serenaded Wife With At Wedding
You can't get more romantic than this. A man professing his love for his wife through song. Truly beautiful. https://t.co/0wAkegyEXK pic.twitter.com/th3wweZyp3

Watch his unforgettable performance of “Remember When” at the 2004 ACM Awards in the video below!