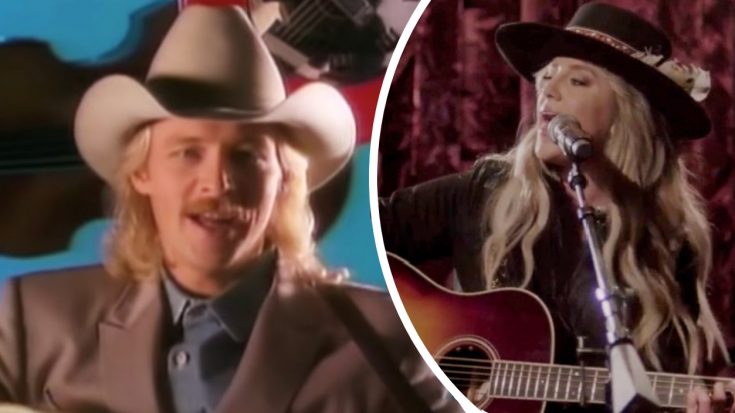 Lainey Wilson is everywhere right now. She has two number one songs to her name (“Things a Man Oughta Know” and “Never Say Never”), has an upcoming role in Yellowstone, and is the most-nominated artist at the 2022 CMA Awards.

Wilson spoke about the experience, saying, “To even be recognized alongside Alan Jackson is crazy.” She shared how much she admires Jackson as a storyteller, and for the fact that he’s remained true to himself through the years.

She shared all of this in a short clip CMT shared on its Instagram page. The clip also contains a snippet of Wilson performing Jackson’s hit song “Don’t Rock the Jukebox,” which he released in 1991.

Wilson hadn’t even been born yet.

It’s awesome to see how a song Jackson released over 30 years ago is continuing to inspire the next generation of country stars like Wilson. Watch the short clip of her singing “Don’t Rock the Jukebox” in the video below.

Congratulations to both Wilson and Jackson for being honored by CMT this year!