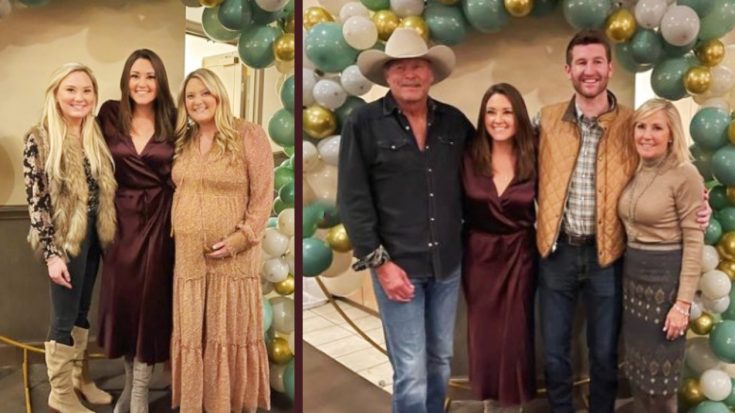 “Feeling overwhelmingly thankful, excited, and thrilled for this kind-of-surprise but so-fervently-prayed for ENGAGEMENT…” Mattie captioned a series of photos she shared after she and Connor got engaged. “I love your playful spirit and your kind heart and your infectious-ness for life, Connor Smith. I cannot wait to be your wife and build a family with you! You are the biggest blessing in the dang cutest package. Love you baby.”

Mattie and Connor recently celebrated their engagement during a party attended by their friends and family. Writing on Instagram, Mattie said it was the “perfect fall night” to celebrate their upcoming nuptials.

Mattie also revealed that she and Connor are getting married in six months, saying they have “6 months til forever, baby.”

Look below to see some of the photos Mattie shared from her and Connor’s engagement party.

Mattie and Connor both attended the CMA Awards on November 9 to watch Alan receive the Willie Nelson Lifetime Achievement Award. You can see Mattie, her mom, and her sisters in the crowd when Alan delivered his emotional acceptance speech. Watch that video below.

The Jackson family sure has a lot to celebrate right now!