Alabama’s “Angels Among Us” Gets Dedicated To Military Members 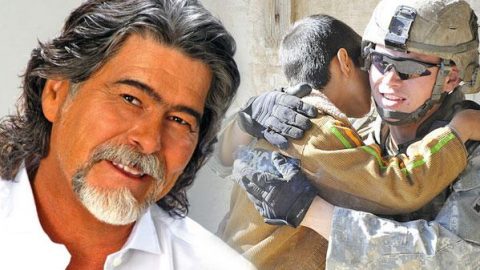 Country music band Alabama successfully blended a variety of sounds into their music, including variations of rock and bluegrass to coincide with their harmonic and jazzy elements.

While the band has had over 30 hits on the Billboard charts since their debut, one particular hit has continued to resonate with listeners and move fans to heartbreak and tears.

Insisting that there are in fact angels present throughout our lives to assist in times of trouble, the ballad has, according to Alabama member Randy Owens, been called a blessing from countless people whom the lyrics have touched.

In a montage of heroic images captioned, “A salute and tribute to our Armed Forces and those who support them,” a slideshow was created using the inspiring hit. Exceptionally powerful images of both men and women were showcased throughout this compilation to emphasize the comparison of our military members to the angels referenced in the song.

While we highly suggest watching the video, we also encourage a fresh box of tissues to soak up the tears you are sure to shed!