After Years Of Being Shut Out, George Strait Makes Return To Country Radio 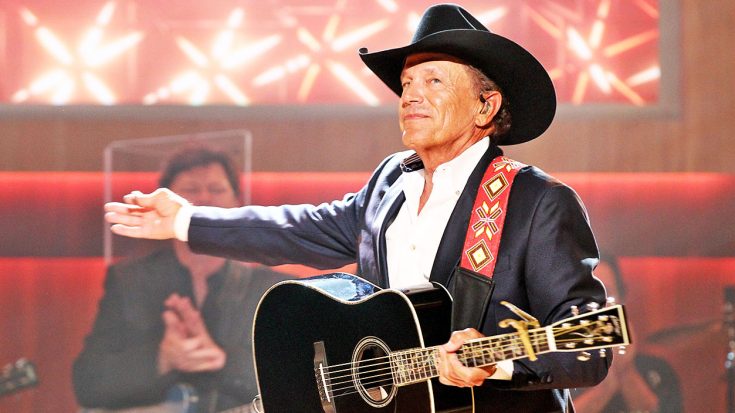 It has been years since George Strait has had a number one single on the radio. In fact, his last chart-topper was 2008’s “River of Love.” In recent years, the man who was nicknamed “The King of Country” because of his record-breaking 60 number one hits, has not seen any love from country radio.

He was so frustrated about this, that he wrote a song about it with Jamey Johnson titled “Kicked Outta Country.” Throughout the song, he sings about when country radio stopped playing Merle Haggard, Willie Nelson, Waylon Jennings, and Johnny Cash. He notes that they continued to write what they knew, sing what they wrote, and they didn’t care what anyone thought.

Well, as it turns out, the King of Country is returning to country radio within the next few days! Sadly, it’s not because he’s releasing a new single, but it is for a great cause – and one that he is passionate about.

After Hurricane Harvey struck Strait’s home state of Texas, he did anything and everything he could to help raise funds so that the people who were affected could rebuild their lives and their towns. He was one of the biggest advocates for the Hurricane Harvey relief benefit concert, and to this day, he continues with his efforts of helping out.

According to KSAT 12 News, Strait will lend his voice and his music to “several TV and radio sports as part of an upcoming Rockport-Fulton comeback campaign” beginning on June 18. The TV commercials will air in San Antonio and Austin areas, while the radio spots will be heard in the Hill Country, as well as New Braunfels.

Strait’s 1988 song ‘Back to Bein’ Me” can be heard in the background as he speaks over it.

“Hello everybody. This is George Strait, and I’ve traveled all over yet there’s no place I’d rather be than right here in Texas,” he says. “One of my favorite places is the Rockport-Fulton area on the coast. Every time I cross over the Copano Bridge to see that beautiful bay, it feels like home. I hope you find yourself in Rockport, Texas soon.”

For more information about visiting this area of Texas, click here. And watch his television commercial, which will also be the radio spot, in the video below.