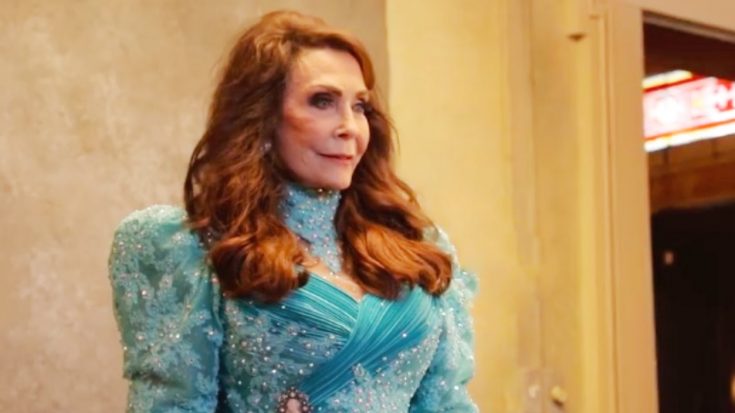 It seems like forever ago that Loretta Lynn first announced her plans to release her new album, Wouldn’t It Be Great. That’s because it was forever ago.

Wouldn’t It Be Great was originally scheduled for release on August 18, 2017. But those plans quickly changed after Lynn suffered a stroke in May of that year. After Lynn took a little while to recover, it was announced in July that the album’s release would be postponed.

Lynn said that she was pushing back the album’s release date until she felt better, saying “it deserves me at my best.”

“Thank you so much for all of your prayers, love, and support. I'm happy to say that I'm at home with my family and…

Months passed, and no word of a new release date was heard. As Lynn continued to recover, it was assumed that the album would be ready for an early 2018 release.

But any hopes of an spring release were soon dashed after Lynn suffered a fall at her home on New Year’s Day of this year. Lynn fractured her hip, and once again needed to take time away from work to recover.

After remaining out of the spotlight for a while, Lynn recently gave fans some hope that big things are to come. On Thursday (August 16), the country legend shared a few images of herself getting hair and makeup done for an interview about her “latest project.”

Sure wish I had a nickel for every time I’ve done hair and makeup!!! I’m getting ready for an interview on my latest project. Get ready y’all, it’s coming!

Lynn told everyone to “get ready” for what she had in store, and she wasn’t kidding. On Wednesday (August 22), after endless delays, Lynn named a release date for Wouldn’t It Be Great.

You can finally get your hands on the new record on September 28. But you don’t have to wait that long to hear its music! Lynn offered up a snippet of the title track for y’all to enjoy, along with some behind-the-scenes footage from photoshoots and recording sessions for the album.

Wouldn’t It Be Great – Out September 28

Before my stroke last year I had been working hard on a new album and was so excited about it. This new record means so much to me, but this last year I had to focus on my health and decided to hold up the release. It’s been a tough year, but I’m feelin’ good now and look forward to it comin’ out. It was really important to me to be a part of it being released and I’m excited to celebrate it with all y’all. I hope you love it and I hope you'll help me tell everybody about it! Take a listen to the first song, “Wouldn’t It Be Great?” and get ready for the album comin’ on September 28! https://lorettalynn.lnk.to/WIBG_video

“It’s been a tough year, but I’m feelin’ good now and look forward to it comin’ out,” Lynn said of the new album.

But here’s even more for y’all to look forward to. In addition to the behind-the-scenes clip above, Lynn also released the full audio for “Wouldn’t It Be Great?” You can listen to the song in its entirety below.

We’re so glad that Lynn is feeling well enough to bring her new album into the light at last.