After 6 Years, George Strait Blazes Across Radio In Epic Comeback 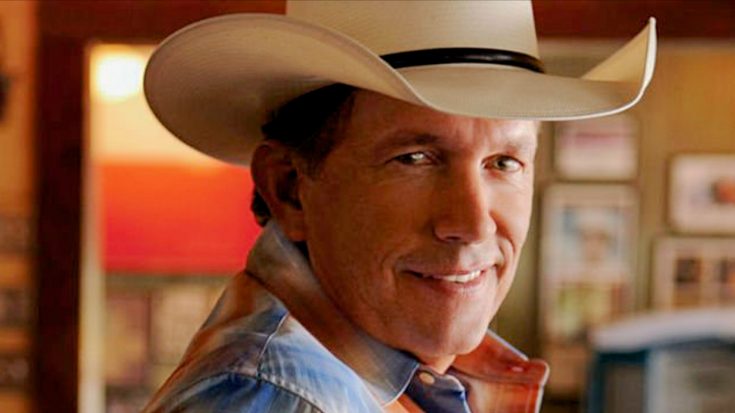 Truly one of the most successful artists in the history of country music, George Strait has championed a career filled with chart-topping hits, platinum albums, and a stack of awards that could fill an entire room – but for the last six years, country radio hasn’t given him much love.

The 66-year-old country hitmaker began when he was just a young fella with a dream and has since brought some of the most memorable hits to country fans worldwide and pioneered a touring style that has sold hundreds of millions of dollars in tickets.

George Strait | Write This Down pic.twitter.com/Bu7SMX14K5

While he’s an icon and a legend, George Strait has encountered a unique situation when it comes to airplay – especially in the last decade.

It’s been over six years since Strait had a Top 20 hit, even though he’s continued to release singles and his records are still flying off the shelves. Why did he have such a dip in his radio airplay? Well, many believe that it was due to the aggressive promotion of “pop-country” or “bro-country” styled songs.

A report by Saving Country Music also notes that the mainstream country music industry has “been putting [George] out to pasture” and not playing his music on the radio – but with this revival, he’s made an “unprecedented” resurgence in just the first week of his single’s release.

“Every Little Honky Tonk Bar” by @GeorgeStrait officially debuts at #27 on Mediabase this week. Second highest radiodebut of George’s career (“I Saw God Today” debuted at #24 on MB in 2008). pic.twitter.com/PRr7pcYc4O

The newest album from George Strait is due out on March 29th, 2019, but he’s already issued the first single, “Every Little Honky Tonk Bar,” and it’s become one of the most-added songs to country radio. The remarkable feat also means that the single’s radio debut is the second-highest of his entire career – which isn’t an easy feat to accomplish.

With the new album coming very soon, we surely expect to hear more of George Strait’s new music on the radio and it looks like we are getting that already. A second song from the album, “God and Country Music” has already charted in the Top 40 on the U.S. country chart without being released as a single.

This is a prime example of how country music listeners can affect change for real country music artists – all you have to do is call in and request more of the good ol’ classic country singers you know and love! Especially when someone like George Strait releases a song, the more times you request it from radio stations, the more they play it!

Check out the first single from his new album Honky Tonk Time Machine below along with a riveting live performance – and make sure you pre-order the full album ASAP!