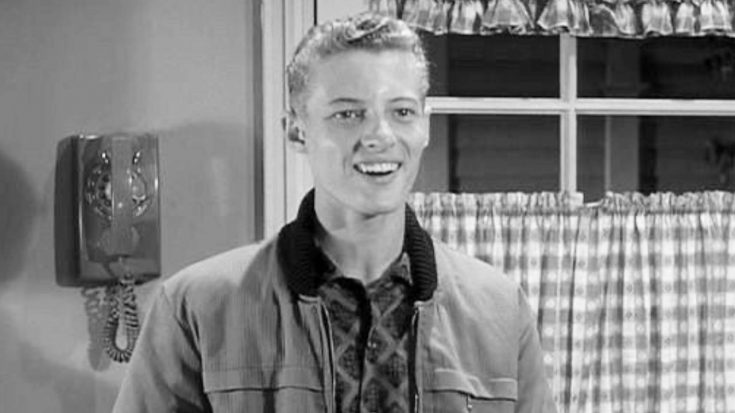 On Monday (May 18), Variety reported that actor Ken Osmond passed away earlier in the day at his Los Angeles home surrounded by family members.

Osmond is best known for his role as the mischievous Eddie Haskell on the sitcom Leave it To Beaver, which ran from 1957-1963. The sitcom followed a classic American family, the Cleavers, which included dad Ward, mom June, and their sons Wallace or “Wally,” and Theodore also known as “Beaver.”

Eddie Haskell was Wally’s best friend who was always up to something and can be described by viewers of the show as smart-mouthed. His character was always dressed very nice and was extremely polite to adults, but once they were gone, his real personality was shown. He often ragged on young Beaver and was always conniving his next plan.

He was polished in front of adults, mostly Ward and June Cleaver and even referred to their children as Theodore and Wallace, even though the parents called them Beaver and Wally.

Eddie Haskell
He was so funny on The Beaver. Some of the things Eddie Haskell said just cracked me up. Ken was great at it.😁😁😁😢😢😢 pic.twitter.com/30vGrVeDrE

Eddie Haskell was only supposed to be a guest appearance, but the creators enjoyed Osmond so much, he was written as an integral part of the series and appeared in most of the 200+ episodes.

After Leave it To Beaver, Osmond had guest roles on Petticoat Junction, The Munsters, Happy Days and a return appearance on Lassie. He was in the feature films C’mon Let’s Live a Little and With Six You Get Eggroll, but found himself being typecast as Eddie Haskell-type characters.

Check out his guest appearance on Happy Days below.

In 1970, he joined the Los Angeles Police Department and grew a mustache to be less recognizable on the job. In 1988, he officially retired from the LAPD.

According to Variety, he is survived by his wife, Sandra, and their sons, Christian and Eric.

Many fans took to Twitter to express their sadness over Osmond’s passing. See them below.

Ken Osmond, who played Eddie Haskell on the 1950s sitcom Leave it to Beaver, has died at the age of 76. RIP. pic.twitter.com/RTez9nhhtO

Sad to learn that Ken Osmond (Eddie Haskell) died, one of TV's most interesting characters. IMO, the show wouldn't have been half as good without him. pic.twitter.com/AQ1lArW73U

Some terribly sad news: actor Ken Osmond, who played Eddie Haskell on Leave It to Beaver, has passed away at the age of 76. His hysterical, obsequious repartee with Mrs. Cleaver (Barbara Billingsley) was unforgettable, even iconic. pic.twitter.com/qMqJnfWbT5

Our thoughts and prayers are with Osmond’s family.