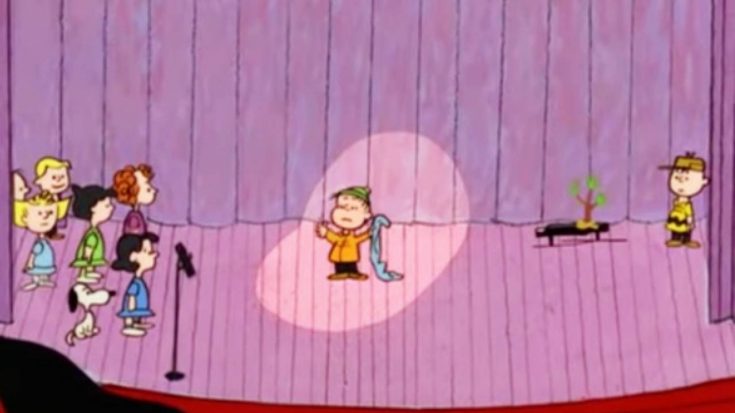 It’s quite possibly the most memorable part of the holiday special, but thanks to an interview with Jean Schultz, we learned that Linus’ sermon was actually a point of contention between producers and creator Charles Schultz.

In 1965, A Charlie Brown Christmas premiered on television and thanks to its success, a wave of holiday specials from the Peanuts gang began.

The airings of these specials every holiday season is a tradition in millions of households across the country. The tradition is so sacred that when it was announced the specials wouldn’t be airing on TV, instead they could be viewed on the streaming service Apple TV +, there was a huge uproar.

Backlash was so strong that Peanuts struck a deal with PBS to air the Thanksgiving and Christmas specials on their channel, which put everyone at ease.

But before A Charlie Brown Christmas aired for the first time, there were lots of behind the scenes revisions and one of the biggest scenes that producer Lee Mendelson thought needed to be revised was the scene where Linus speaks about the meaning of Christmas.

A Charlie Brown Christmas was already pushing the envelope of anti-consumerism by excluding Santa Claus from its story, so when Charles wrote it a sermon where Linus quotes the bible, producers were ready to pull it.

“Bill said, ‘You can’t put the Bible on television,‘” Jean remembers. But Charles pushed back. He told his director, “If we don’t, who will?“

Ultimately, Charles got his way and the special has stood the test of time. Can you imagine what A Charlie Brown Christmas would be without Linus’ iconic speech?

Watch the scene below.