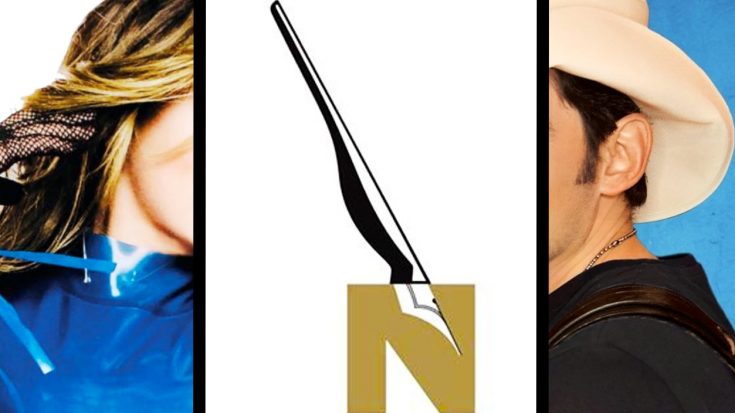 According to Music Row:

“Two songwriters and one songwriter/artist will be elected in these categories by their professional songwriter peers and members of the Hall of Fame.”

All of the artists nominated in these categories earned their first Top 20 single at least 20 years ago. The nominees include 90s country favorites such as Shania Twain, Brad Paisley, Toby Keith, and Rhett Atkins.

The nominees in the Veteran categories are those who earned their first Top 20 hit at least 30 years ago.

Once the inductees for the Class of 2021 are determined, they will be honored alongside 2020’s class at a gala on November 1, 2021. Because of everything going on in the world, the 2020 class of Steve Earle, Bobbie Gentry, Kent Blazy, Brett James, and Spooner Oldham was not able to be celebrated in person last year.

For an idea of what the induction gala looks like, check out the below news report about the 2018 celebration.

Congratulations to all of the songwriters who earned nominations this year…we can’t wait to see who the inductees will be!