‘9 to 5’ Remake Reportedly In Works – But Will Dolly Parton Return? 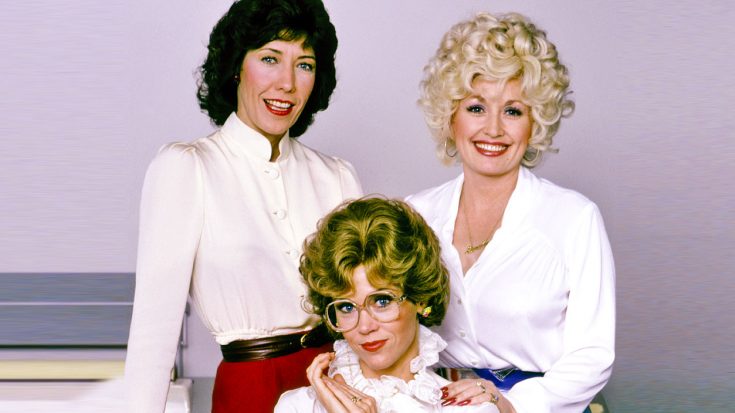 In 1980, country music superstar Dolly Parton made her acting debut when she appeared in the film 9 to 5. Parton and her co-stars Jane Fonda and Lily Tomlin played three women employed under a ruthless boss named Franklin Hart.

After having enough of Hart’s harassment and mistreatment, the women hatch a plan to get back at him, and hilarity ensues. Parton crafted a song for the film that was also titled “9 to 5,” and it was a number one hit on both the Billboard Hot Country Songs chart and the Billboard Hot 100.

Between the actresses, the comedy, and the music, viewers had lots to fall in love with when they watched “9 to 5.” The film was a smash success.

In fact, 9 to 5 was so popular that it resulted in a Broadway play and a television show created with its same name and themes. But fans of the film have always wanted something more…a sequel.

For decades, rumors about a 9 to 5 film sequel have circulated. Shortly after the first film was released, a sequel was reportedly in the works, and while Parton was on board, Tomlin and Fonda weren’t interested.

Those sequel plans got shelved, and it wasn’t until 2005 that Parton, Tomlin, and Fonda said they were interested in doing a sequel. But since then, few mummers have been heard about another 9 to 5 film, until now…

On Thursday (March 1), Deadline Hollywood wrote that a 9 to 5 remake is reportedly in the works. According to the publication, 20th Century Fox is in the beginning stages of planning the film’s remake.

The original creator behind 9 to 5, Pat Resnick, is reportedly teaming with actress, producer, and writer Rashida Jones to craft the remake. The script will be updated to have greater appeal to a modern audience.

As country music fans, we know the main question you have about the remake…will Parton return?

Well, we’ve got the answer. And the answer is, probably!

Since the plans are still fresh, there is no word yet if Parton, Fonda, and Tomlin will be reprising their original roles, or if they’ll be playing other parts. Guess we’ll just have to wait and see!

Are you excited to hear this news? What would you like to see from a 9 to 5 remake?