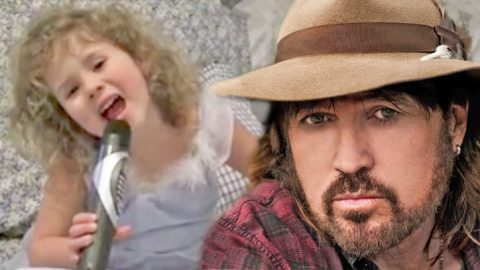 Tennessee native Ava Paige Davis is on her way to making a name for herself in the country music world. At just 12 years old, she was already writing and performing original songs, and posting them on YouTube. As well as her original songs, she also shares her cover songs.

One of her favorite singers is Miranda Lambert, so when the ultra emotional song “Tin Man” came out, she knew she had to record herself covering it. Her version of “Tin Man” really resonated with us and the way she portrayed her emotions really blew us away.

Because of how talented she is, we went through a worm hole of Ava Paige videos to share with y’all and have found our favorite one yet.

Ava Paige’s mom shared a video on Facebook of her when she was just four years old singing to a country song that was a huge hit many years before she was born. On March 23, 1992 Billy Ray Cyrus released a song that would ultimately change his entire life – “Achy Breaky Heart.”

It became a crossover hit, achieving triple Platinum status and reaching No. 4 on the Billboard Hot 100 and topped all the country charts. It also became a hit in the Davis household, as Ava Paige mastered the lyrics of the song very quickly.

Not only did she show off her sassy side during her performance, she also proved that she’s been talented since the very beginning!

In honor of the 25th Anniversary of Billy Ray's “Achy Breaky Heart” Released March 23, 1992, which was written by Don Von Tress. I give you then -4yr old Ava Paige Davis…. The single became a crossover hit and peaked at #4 on the Billboard Hot 100 Chart and topped all Country radio charts. Billy Ray Cyrus. #timeflies #avapaigemusic #nashville #throwback #shewillkillme #shessocute #alwayssinging