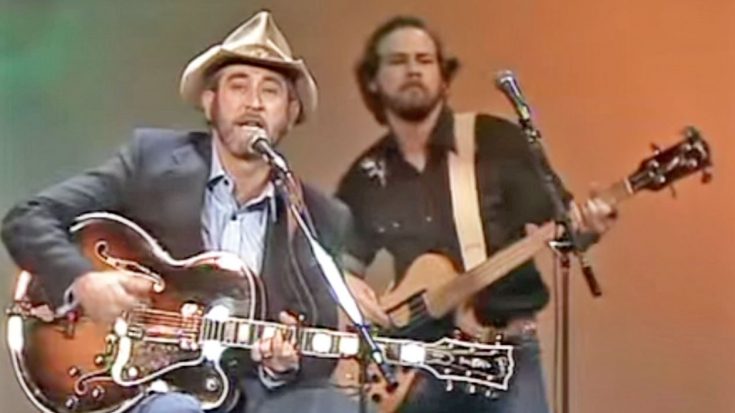 Because he stands at 6-foot-1 inches tall and his voice is a silky-smooth baritone, Don Williams was nicknamed the “Gentle Giant” of country music many, many years ago.

Before he was called the Gentle Giant, he grew up in Portland, Texas, where he was surrounded by country music. His love for music inspired him to begin singing at just three years old and boy, did he have an knack for entertaining.

After the group disbanded, he embarked on a solo career, where he produced 17 number one country hits, “Tulsa Time” being his eighth. Songwriter Danny Flowers penned “Tulsa Time” for Williams, who released it on his 1978 album Expressions.

The song is an upbeat tale of a man from Tulsa, Oklahoma who leaves town to follow his dreams, although he is unsuccessful and eventually moves back home.

Even though the outcome of the story isn’t the greatest, Williams’ delivery is so great, we forget about the sadness. Our toes begin tappin’ and our heads start bobbing the second we hear him play guitar.

Other artists that have recorded the tune are Eric Clapton, Reba McEntire, Jason Boland & the Stragglers, Bico Fino Brother Band, and most recently, Billy Ray Cyrus.