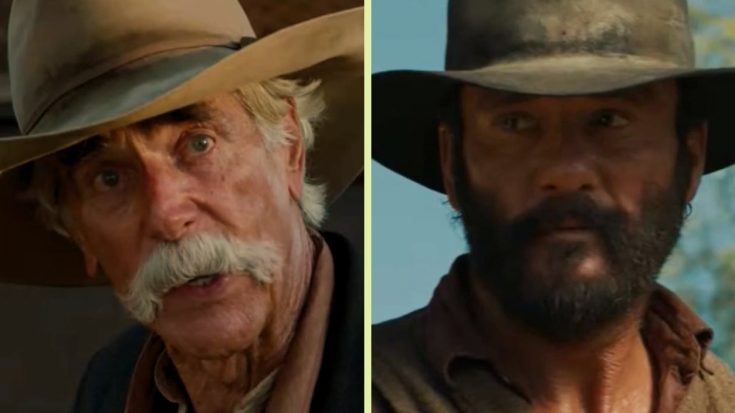 After a one-week hiatus, 1883 returned to Paramount+ with its fourth episode, “The Crossing.” Keep reading for a full recap of everything that happened over the course of the episode!

DO NOT keep reading if you don’t want to have anything spoiled for you.

When we last left off, the travel party faced a dilemma as they contemplated where to cross the river. The party’s leader, Shea Brennan (played by Sam Elliott), wanted to go East to take a ferry and ensure safer travel. But James Dutton (played by Tim McGraw) wanted to go West because it was a faster route. They eventually followed James’ plan and decided to head West.

Episode 4 opens with Elsa Dutton (played by Isabel May), wandering off as always.

Elsa narrates as she explores the wilderness around her, remarking how “every living thing” seems to be covered in horns and fangs “as the land wages war on itself, seeking the answer.” She says she is all-too-familiar with this war, “That war between what you should become and what you could become.”

Elsa says her journey has helped her bring an end to that inner turmoil. She now knows what she is, proclaiming, “I’m a cowboy.”

As Elsa returns to camp, she sees a woman wearing pants riding a horse through the group. She finds an Italian woman who is sewing pants and asks her if she can trade her some gold for a pair. The woman agrees to the trade, much to Elsa’s delight. The woman also cuts her dress and turns it into a shirt.

Elsa rides by Ennis (played by Eric Nelsen), the cowboy she has started flirting with. He is stunned by the sight of her in her new outfit. As for Elsa’s mother, Margaret (played by Faith Hill), all she can say is “It’s not the worst idea you’ve head.”

Meanwhile, the men of the camp meet to discuss the best way to go about crossing the river. They face some trouble since the German immigrants don’t know how to swim. In fact, it was illegal to swim there. The immigrants’ leader, Josef (played by Marc Rissman), says people would whip the bodies of those who drowned just because they got in the river in the first place.

Shea, James, Thomas (played by LaMonica Garrett) and another cowboy, Wade (played by James Landry Hébert) decide they’ll ferry everyone across the river, then send the wagons, then bring the cattle across last. James agrees to help ferry folks across the river, even though that means his wife, Margaret, will have to drive a wagon.

Shea remarks how “shocked” he is that the immigrants haven’t given up and quit yet. But based on the lack of freedom they had at home, Thomas says he understands why they don’t want to turn back.

When Shea says, “Most terrifying thing on this planet is the unknown,” Thomas responds, “That’s ’cause you ain’t never been whipped, Captain.”

James informs Margaret that their family needs to attempt to cross the river that night, by themselves. He says they won’t be able to help the rest of the travelers if they’re stuck behind them. Margaret agrees to his plan and sends him to find Elsa.

Elsa is watching the cattle with Ennis. She sings to the cattle, and Ennis is enchanted by her voice. But she gets shy when he rides up to her and compliments her. They tease each other a bit before she sings again, then Ennis leans in and kisses her. He apologizes, but then she asks him to kiss her again.

Unlucky for them, James rode up and saw the whole thing. Elsa follows him and asks if he’s mad. He confesses that he isn’t, and recognizes that Elsa is an adult. Though he admits her mother may have different feelings. He  lets Elsa stay behind so she can help with the cattle. She rides back to Ennis and they kiss once more.

Back at camp, Noemi (played by Gratiela Brancusi), expresses thankfulness to Thomas. He and Shea helped her in Episode 3. She feeds Thomas some of her food, and flirts with him. Thomas tells her that marrying him won’t solve any problems, just create new ones, since he’s a black man. But she makes it clear she still has feelings for him.

James and Margaret, along with their son, John (played by Audie Rick), make it across the river that night. Though Margaret remarks the whole ordeal was “harder” than James told her it would be.

Shea has a nightmare about the time he spent fighting in the Civil War. Then, he wakes in the morning to discover the river rose overnight and sees the Duttons are already across. Shea tells the remaining travelers they need to get rid of any of their non-essential items to lighten their wagons’ loads, which they aren’t happy about.

A musician must leave his piano behind, and Elsa, Ennis, and Wade find it. Elsa plays a song for them as the travel party makes their trek across the river.

Anyone who isn’t in a wagon or on a horse attempts to cross the river on foot with the help of a rope. The people are understandably scared, and the strong current gets the better of some of them.

Margaret tries to help one woman who fell off of her wagon. But in her panic the woman nearly drowns Margaret. So Margaret makes the tough choice to save herself, and pushes the woman away. She drowns and Margaret makes her way back to shore.

Elsa, Ennis, and Wade follow with the cattle. After seeing the abandoned wagons, belongings, and bodies in the river, Elsa narrates, “No matter how much we love it, the land will never love us back.” 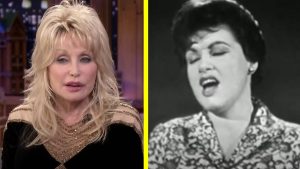