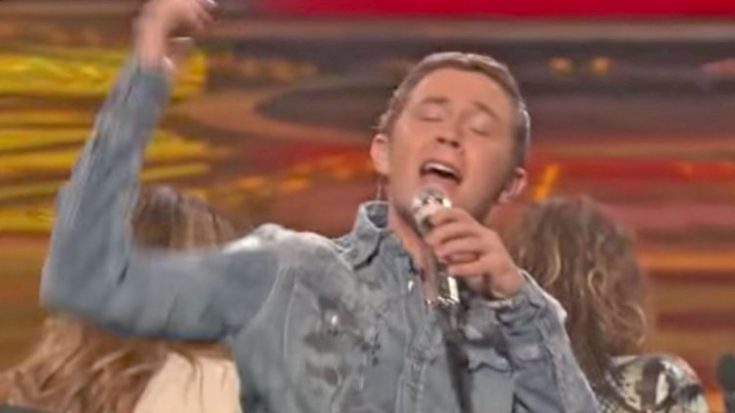 In the final rounds of the tenth season of American Idol, Scotty McCreery delivered a hip-shaking good time with the help of Elvis Presley‘s “That’s All Right, Mama.”

While he may have only been 17 at the time, the talented vocalist more than held his own with his take on The King’s ’50s hit.

“This week I’m singing ‘That’s All Right, Mama’ by The King of Rock and Roll, Elvis Presley,” said a young McCreery. “As a kid I was a huge Elvis fan, so it seemed very fitting to sing Elvis this week.”

Now at age 26, McCreery has become known for his devotion to keeping country music country. While the singer may still be young, he’s earned credibility amongst traditionalists for his knack at covering classic songs released far before he was even born. The young artist was named the Season 10 champion of American Idol, facing off in the finale against fellow country singer Lauren Alaina.

In 2018, things came full circle when McCreery performed at Graceland.

Sure did have fun performing at Elvis Presley's Graceland the other night!

You can listen to McCreery’s rendition of “That’s All Right Mama” below!