‘Voice’ Singer Brought Back From Elimination Performs ‘Coat Of Many Colors’ 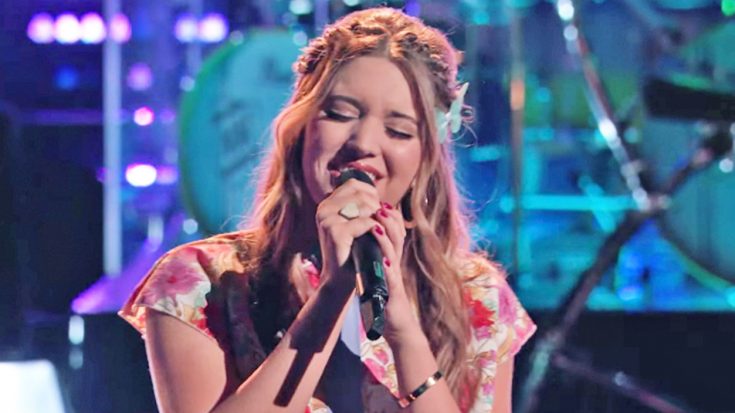 The Voice coach Miley Cyrus was determined to make history during her second season on the Emmy-winning singing competition show. She formed the very first all-female team and was well on her way to her first win.

Fans of the series have often said that Cyrus’ team was the strongest team of the season, which says a lot about the talent of her team members. One singer that has stood out from the beginning is Karli Webster. She auditioned with Carly Simon’s “You’re So Vain,” capturing the attention of Cyrus and fellow coach Adam Levine.

She chose Cyrus for many reasons and advanced to the Battle Rounds, where she performed a slowed down rendition of Cyndi Lauper’s “Girls Just Want To Have Fun” against teammate Addison Agen.

Cyrus chose Webster as the winner of the Battle Round, advancing her to the Knockout Round, where she performed “Blue Bayou,” originally by Linda Rondstadt.

While it wasn’t enough to beat teammate Janice Freeman, each coach was allowed to bring back one previously eliminated singer to the Playoffs, and Cyrus chose Webster. She didn’t waste her second chance and chose to perform a classic, which was originally sung by her coach’s godmother, Dolly Parton.

Webster sang “Coat of Many Colors” and really wowed all four coaches with her controlled vibrato, which sounded eerily similar to Parton’s signature sound.

Unfortunately, Webster was sent home again from The Voice after this performance, but we know that this is just the start for her! Watch her performance of “Coat of Many Colors” below.