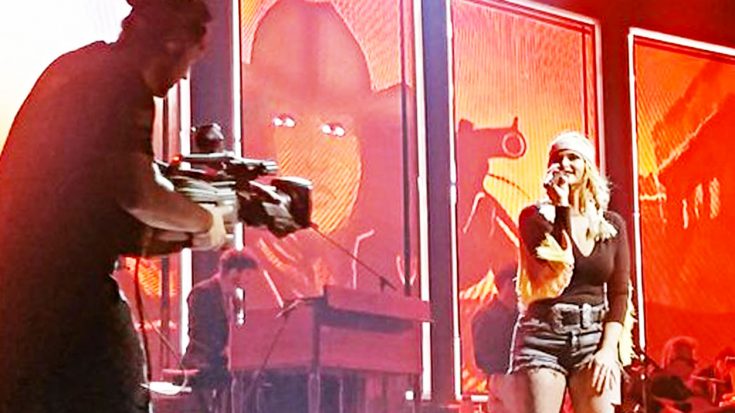 Miranda Lambert is out and about on her Livin’ Like Hippies Tour, hitting stops all over the United States, but it is her recent stop at a New Jersey venue that has the whole internet talking.

MIRANDA LAMBERT YOU WERE ON FIRE TONIGHT WOWWWWW

Keeping the secret to herself for quite some time, Lambert had something big up her sleeve and wasn’t going to let the secret slip no matter what.

After taking the stage and performing a lengthy set list that included hits like “Kerosene,” “Vice,” “Over You,” “House That Built Me,” and even “Tin Man” – Lambert dropped a bombshell of a surprise she’d been keeping quiet.

Without missing a beat, this country queen brought out some of the most treasured and recognizable country singers for a collaboration that will absolutely warm your heart.

Singing the smash hit song, “Elvira,” Lambert and country legends The Oak Ridge Boys stormed the stage for a surprise performance that had everyone squealing with joy – and sharing their incredible memories on social media.

If you’ve ever dreamed of a collaboration like this, you won’t want to miss all these killer moments from folks at the show below!