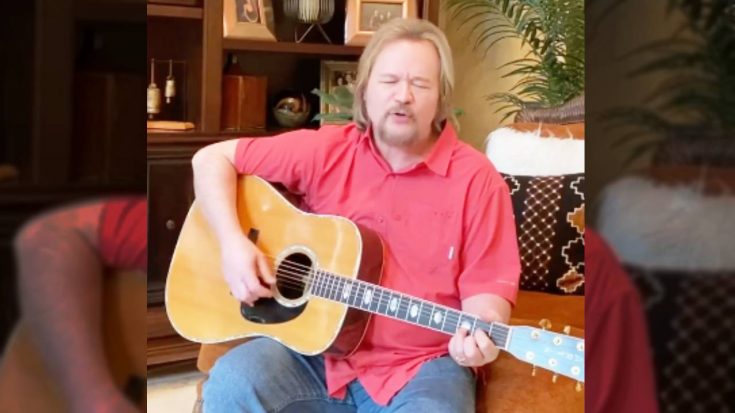 On April 7, the world found out the news that John Prine had passed away at the age of 73 due to complications with COVID-19. Many artists of all genres tried to come to terms with their feelings, so they turned to his music for comfort.

One person who wanted to pay tribute to the legendary Prine was Travis Tritt. The “Here’s A Quarter” singer often pays tribute to heroes of his who have passed on. On March 21 – the morning after country legend Kenny Rogers passed away – Tritt recorded himself singing a version of the legend’s song “Sweet Music Man.”

“… A tribute to my friend – just my small way of remembering,” Tritt wrote in the video’s caption.

Two-and-a-half weeks after sharing that tribute, Tritt once again took to social media to remember another recently-passed legend, John Prine.

“This is a little bit of one of my favorite John Prine songs,” he captioned the video.

Before diving into the song, Tritt said a few words. He said, “Obviously the world just lost John Prine, one of the greatest stylists, songwriters…ever. I was thinking about some of my favorite John Prine songs and this is definitely one of my favorites. This is a song that John wrote about a neglected housewife down in Montgomery, Alabama.”

This is a little bit of one of my favorite John Prine songs.