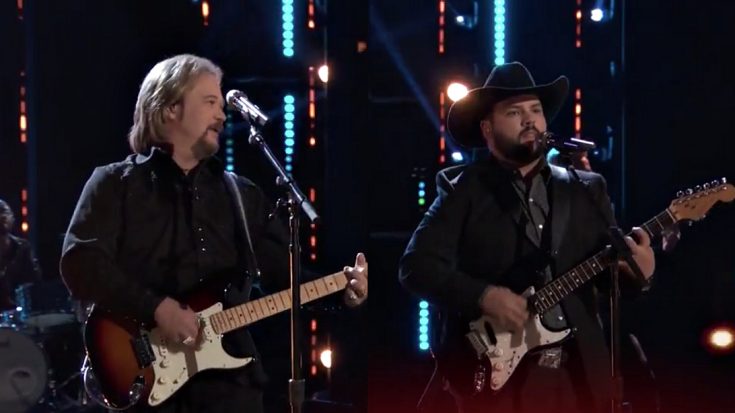 Before Carson Daly could tell the world which of the four finalists of The Voice won the 16th season, there was a star-studded episode filled with epic performances.

Hours before the show, The Voice promoted those performances on social media. Taylor Swift, Jonas Brothers, Halsey, OneRepublic, and Hootie & The Blowfish were some of the few that graced The Voice stage during the Season 16 finale.

Later in the afternoon, we found out Travis Tritt would be performing with one of Team Blake’s last three men standing, Andrew Sevener.

So stoked to be performing with @andrew7ermusic tonight on @NBCTheVoice finale! Two country boys that are gonna raise the roof!

They sang Tritt’s 1992 song “T-R-O-U-B-L-E” and completely brought the house down. Their combined energy was at an all-time high, and we’re not sure how anyone can possibly follow this performance!

Watch their epic collaboration below!