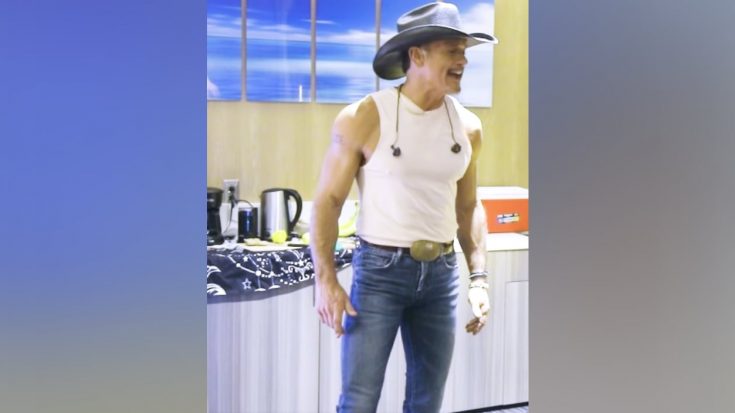 Wednesday (May 18) was George Strait‘s 70th birthday. “The King of Country” first made his way onto the scene following the release of his debut single, “Unwound,” in April 1981. He was only 28 years old at the time.

“Unwound” reached the sixth spot on the Hot Country Songs chart. The song placed Strait on the road to country superstardom.

Today, Strait holds the record for the most #1 songs on the Hot Country Songs chart.

But none of that success would have been possible if it wasn’t for “Unwound.” It’s still a fan-favorite song, even 41 years after its release.

It’s the song Tim McGraw turned to when he wanted to honor Strait on his 70th birthday. McGraw shared a video of himself on social media covering “Unwound,” and called it one of his favorite songs of Strait’s.

“Happy Birthday King George!! So many great songs to choose from…. This is one of my favorites. #Unwound,” McGraw captioned the clip. You can watch the video below.

This wasn’t McGraw’s first time singing “Unwound” for his fans to enjoy. McGraw covered “Unwound” backstage during the Soul2Soul tour in 2017.

McGraw was joined by some of his band members and tour opener Eric Paslay. You can watch their past performance of  “Unwound” below!