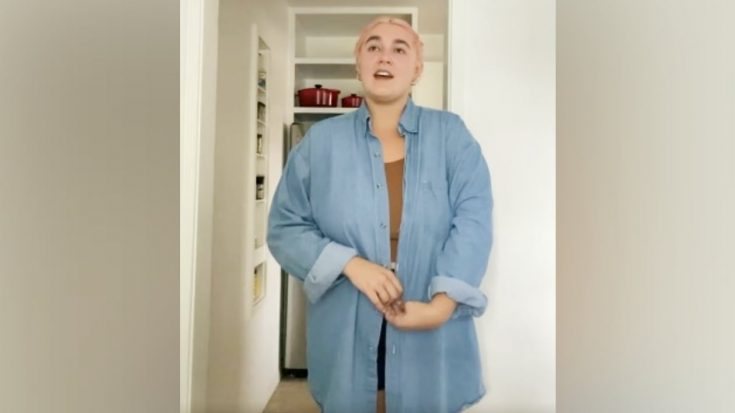 Tim McGraw and Faith Hill‘s eldest daughter, Gracie, has proven that she too, is a talented vocalist. She experienced her major breakthrough moment when she was featured on Tim’s 2015 song “Here Tonight.”

During one of his shows, Tim proudly welcomed Gracie to the stage so she could perform the song with him live in front of thousands of fans.

Since then, Gracie has continued to showcase her vocal talent on social media. She often shares videos of herself covering Broadway tunes, such as “Fly, Fly Away” from Catch Me if You Can and “Rainbow High” from Evita.

One of her standout moments was when she performed “I’m Not That Girl” from Wicked.

That video showed Gracie singing an excerpt of the song. Ten months later, she opted to deliver a full performance of “I’m Not That Girl,” which is a song that means a lot to her.

“This song hits deep yall [sic] for real…… dating is hard out there and goddess forbid you end up liking someone who doesn’t like you (relatable),” she wrote in the caption.

Gracie also said it is a big dream of hers to one day play Elphaba in Wicked, who is the main character. “IM [sic] MANIFESTING BABY!!!!!” she said.

“I’m Not That Girl” is a more subdued song than some of the other show tunes Gracie has performed in the past. It takes a ton of skill to sing a soft song powerfully, which is exactly what Gracie did.

Gracie’s voice took on an angelic tone that brought out the emotions in the song’s lyrics. It’s a performance you simply have to see (and hear) to believe, so check it out in the video below.