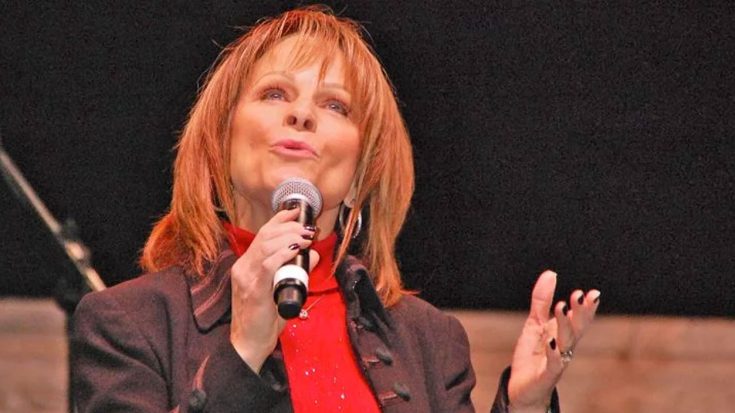 Susie McEntire, the younger sister to country legend Reba McEntire, has had quite the country music career herself. She’s released 11 albums over the last couple decades and even sang on two of Reba’s albums.

She teamed up with Contemporary Christian singer John Clark Blackwell for a special version of the Holly Dunn song “Daddy’s Hands.” Released just one week before Father’s Day, the duo posted a video of the song on Facebook.

“Thinking of Fathers Day. Thanks Daddy for all you did. I miss you,” Susie wrote.

Father’s Day is an especially hard time for Susie, as her father, Clark, passed away in 2014.

I am going to miss you Daddy. May you rest quietly. Clark McEntire 1927 – 2014 Passed late Thursday in Coalgate, OK.

Susie and John’s harmonies are practically perfect in every way and will give you the same chills Dunn did back in the 80s when she first released the heartwarming song.

“Daddy’s Hands” was released by Holly Dunn in 1986 from her self-titled album, as a tribute to her father. The song was a huge success for her, peaking at number seven on the charts. The song was nominated for two Grammy Awards that year.