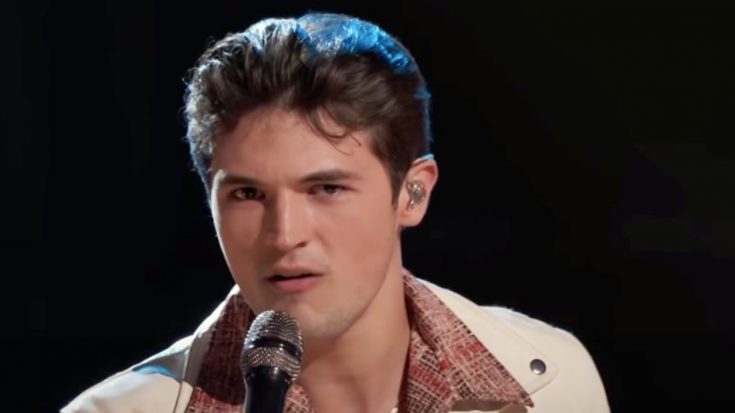 After 21 Seasons on The Voice, Blake Shelton knows what he’s looking for in a team member. So when he heard Peedy Chavis’ audition, he was eager to win him over.

Both Shelton and John Legend turned for 19-year-old Chavis’ performance of Elvis Presley‘s “Heartbreak Hotel.” Shelton made it obvious he was a fan, telling Chavis, “That had me fired the h— up.”

Chavis joined Team Blake, and advanced all the way to the Top 20. He got the chance to perform during the first live show of the season, and opted to sing CCR’s “Proud Mary.”

Even though Chavis delivered a solid performance, he found himself in jeopardy during Tuesday night’s (November 9) results show. He was left to compete against other contestants in an effort to win the Instant Save.

Only one of the artists could receive the Instant Save, which the fans vote on in real time. In that desperate moment, Chavis turned to one of country music’s most iconic songs…Ronnie Milsap‘s “Stranger in My House.”

Chavis gave his all to his performance of “Stranger in My House.” After he finished, it was all up to the viewers to determine if he got to advance to the next stage of the competition.

The votes came pouring in during the last few minutes of the show. Finally, host Carson Daly stood next to the contestants who were at risk and announced who won the Instant Save…Hailey Mia of Team Kelly.

Unfortunately for Chavis, this means his time on The Voice has come to and end. But he should feel proud knowing he chased his musical dreams and made it all the way to the Top 20!

Watch Chavis’ final Voice performance below. We’ll miss watching him on the show!