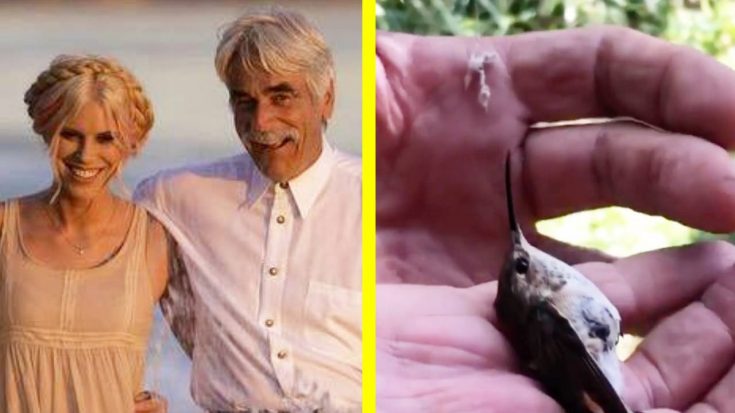 We first fell in love with Elliott back in the late 60s.

He gained significant stardom over the years and finally received his first-ever Academy Award nomination in 2018 for his role in A Star Is Born after five decades in the business.

When asked about his nomination after all these years, among many other responses, he said, “It’s about f*cking time!”

In 2020, he went back to his western roots for a Doritos commercial with an unlikely co-star, Lil Nas X of “Old Town Road” fame. Their commercial has been viewed on YouTube alone millions of times, and that doesn’t even count all the viewers who watched it live during the February 2020 Super Bowl.

In the months since the Super Bowl, life has slowed down for Elliott – along with the rest of the country, due to coronavirus. While he is quarantined at home with his wife of 36 years, fellow actor Katharine Ross, and their daughter Cleo Rose.

Sam and Cleo are now considered heroes to a small hummingbird they found in their yard. In a video posted to Cleo’s Instagram account, she wrote, “Dad and I rescued a hummingbird that was tangled in spiderweb the other day.”

The video shows Sam freeing the hummingbird from the web, carefully untangling it, and setting it free. This hummingbird got tangled up in the right web! Well done, Sam and Cleo!