Reba McEntire Shares Details About Menu For Her New Restaurant 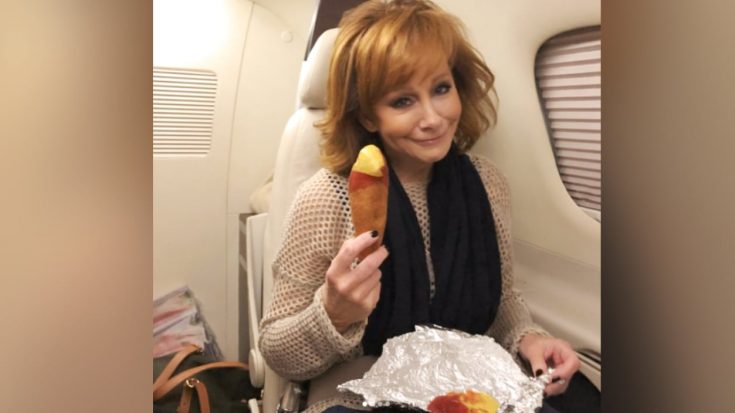 Reba McEntire has plans in place to open a new restaurant/bar/venue in the small town of Atoka, Oklahoma. The town is about a 45-minute drive from McEntire’s birthplace of McAlester.

McEntire’s new restaurant will fittingly be called Reba’s Place. The country superstar sat down for a press conference with Taste of Country and other outlets in March to discuss Reba’s Place and its menu.

Those who stroll into Reba’s Place will find some of McEntire’s favorite foods on the menu…including corn dogs!

McEntire is well-known for her love of corn dogs. But during the press conference, she confessed she’s somewhat “burnt out” on corn dogs and has been enjoying chicken fingers more often.

“You know, chicken fingers have replaced corn dogs now. I guess we got a little burnt out on the corn dog,” she said.

So the Reba’s Place menu will also feature chicken fingers, among some of McEntire’s other go-to foods. She’s looking forward to the day when she can sample all of the dishes they’re considering for the menu:

“Chef Curtis, who is doing the menus for us, is a wonderful chef, and he’s got everything from really great steaks to cheeseburgers to beans and cornbread — corn dogs and chicken fingers will be there, also,” McEntire said “I told him, anytime they’re ready to start sampling all the good food…I’ll be ready to come in and help sample it all.”

McEntire said she’s hopeful Reba’s Place will be able to do a soft opening sometime “soon.” We can’t wait to see what the restaurant is like.

Head below to watch a video from McEntire’s past appearance on The Late Late Show. She introduced host James Corden to corn dogs during her visit!