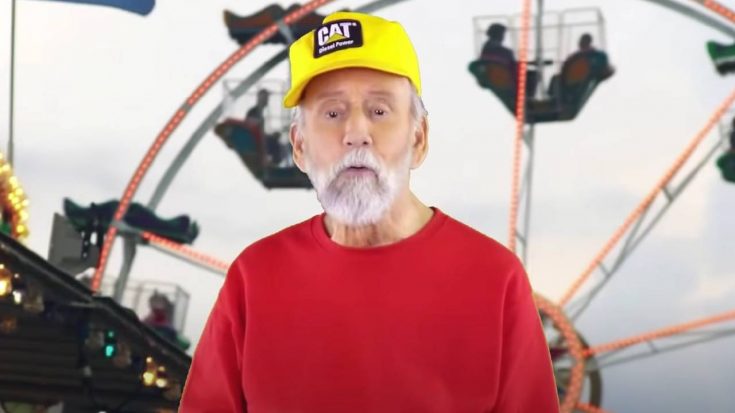 For 60 years, Ray Stevens has been entertaining his fans with his incredible voice. He’s a a jack of all trades, able to sing with the best of them, but also He’s won Grammy Awards for  “Everything Is Beautiful” and “Misty.”

But he has risen to prominence as a country comedy singer with songs like “Mississippi Squirrel Revival,” “Glitarzan,” and “The Streak!”

Along with the new album, Stevens released his first music video in many years for the song “Hoochie Coochie Dancer,” which was written by Stevens’ good friend and collaborator of 60 years, Buddy Kalb. The song is about a country man (Stevens) who falls in love with a belly dancer at a traveling carnival.

Of the song, Kalb says, “He doesn’t realize he’s getting taken advantage of because he’s in love. It’s a little mind movie. We got the carnival atmosphere. It was fun!”

Kalb actually wrote the song years ago and Stevens finally recorded it for Ain’t Nothin’ Funny Anymore.  Watch the hilarious music video for “Hoochie Coochie Dancer” below.
Share on Facebook Share on Facebook Next