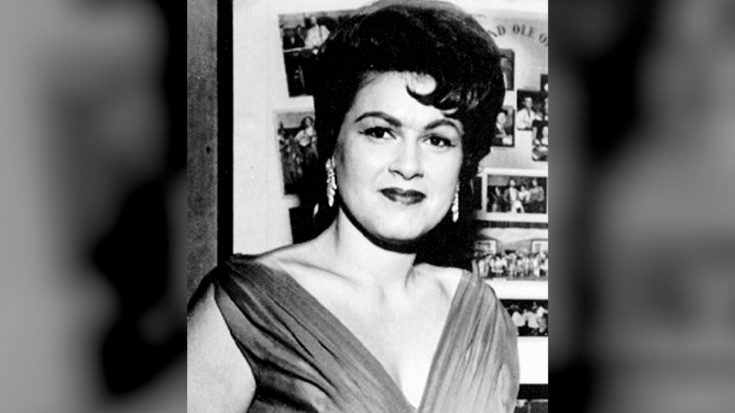 The Crash That Claimed Patsy Cline

Country music singer Patsy Cline was only 30 years old when she lost her life in a plane crash 90 miles away from Nashville. She only had two chart-topping hits to her name at the time of her death, but she went down in history as a country music legend.

It’s impossible to talk about Cline’s life without mentioning its tragic end on March 5, 1963. The details of the crash are well-known, with many noting how just one slight alteration in events could have saved Cline’s life.

In case you need a refresher on what happened that night, here are a few facts:

Asking The Never-Ending “What Ifs”

As previously mentioned, many focus on the circumstances surrounding the crash and often wonder “what if?”

What if it hadn’t been too foggy for Cline to fly out of Kansas on March 4? What if Cline had taken West’s offer to ride in her car to Nashville? What if Hughes decided to wait out the bad weather?

The answer to all of those “what if” questions is that it’s highly likely Cline would have survived, and would have went on to create a wealth of new music for country fans to enjoy.

But the “what if” questions that few fans ever ask are just as important. And these questions actually don’t pertain to the plane crash at all.

Instead, they connect to the previous two times that Cline nearly lost her life.

She Could Have Left Before We Ever Knew Her

If you’re shocked by what you just read, that’s no surprise. While the details of Cline’s plane crash are universally known, few know about the two near-death experiences she went through earlier in life.

The first of those experiences was when she was only 13 years old. Cline came down with a throat infection and rheumatic fever, and had to be hospitalized.

While rheumatic fever is rarely seen nowadays, it was more common during Cline’s lifetime. It was critical for her to recover, as The Mayo Clinic describes the disease as being able to “cause permanent damage to the heart, including damaged heart valves and heart failure.”

Thankfully, Cline got over the fever, but her life was still forever affected by it. However, we can actually credit the fever for giving birth to her career as opposed to ending her life.

The Patsy Cline Story quotes Cline, who believed the fever was the force behind her powerful singing voice, saying, “The fever affected my throat and when I recovered I had this booming voice…”

DIVA FACT!! At 13, Patsy Cline was hospitalized with a throat infection & rheumatic fever, which affected her throat and changed her tone.

That was the first time that Cline nearly lost her life. The second came years later, after she was already famous and making a mark on country music.

A Second Experience That Threatened To Take Her Away

This near-death experience of Cline’s is one you may be a bit more familiar with, as it has been talked about more often. It took place in 1961, just two years before her eventual passing.

Cline and her brother, Sam, were involved in a head-on car crash that threw Cline into the windshield. She survived the impact, but was not in good condition when the ambulance arrived.

Despite her own injured state, Cline insisted that the driver of the other car was treated for her injuries first. Although Cline’s condition seemed grim, she pulled through after spending a month in the hospital recovering from multiple injuries.

She was back to performing just weeks later, and actually recorded her now-timeless hit, “Crazy,” while on crutches.

Be Thankful For The Time She Gave Us

The “what if” questions many fans have never thought to ask about Cline connect to her two near-death experiences.

What if the rheumatic fever had claimed Cline’s life at the age of 13? The answer to that is sad and simple…the country music world never would have never heard her voice bring life to songs such as “I Fall to Pieces” and “Walkin’ After Midnight.”

What if Cline passed away as a result of the injuries she sustained in the 1961 car accident? The answer to that is also a saddening one, as songs such as “She’s Got You” and “Crazy” would have never been hers to cut.

Although we lost Cline years ago, we could have lost her so much earlier. Knowing about her past near-death experiences makes us all the more grateful that we had her voice to enjoy for the years that we did, even if those years were far too few.