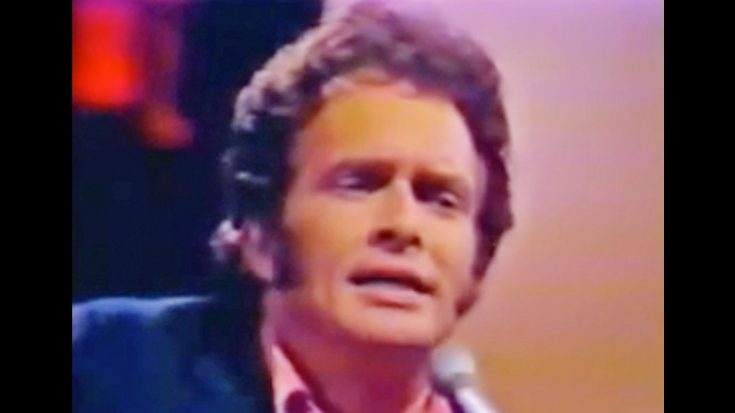 His 1968 song tells the story of the Great Depression-era criminals, Bonnie Parker and Clyde Barrow, who traveled the United States robbing banks and killing anyone that got in their way.

“The Legend of Bonnie and Clyde” was recorded on January 31, 1968 at the Capital Recording Studios in Hollywood, California. After its release, it quickly became Haggard’s fourth number one single on the country singles charts.

3. Merle Haggard – “The Legend Of Bonnie and Clyde” #tbpc pic.twitter.com/lyAh6VLIam

Haggard co-wrote the song with country singer and then-wife Bonnie Owens, who is seen in this performance singing backup.

The upbeat song is a fan favorite and shows off Haggard’s ability for storytelling. He has us hanging on to every word, as if we already don’t know what happens to Bonnie and Clyde.