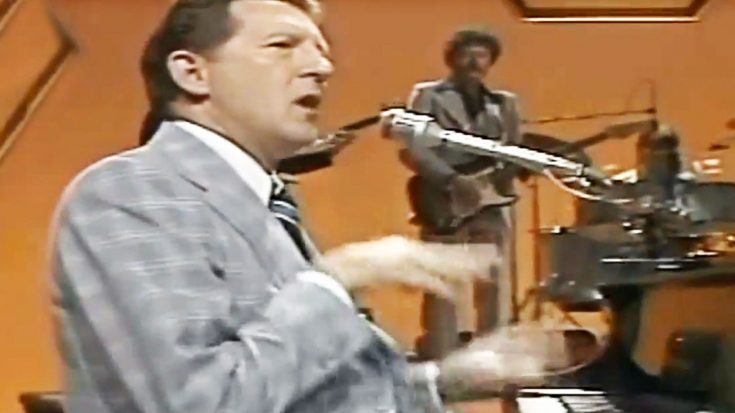 Legendary musician Jerry Lee Lewis is known for his unmatched piano playing and up-tempo hit songs like “Great Balls of Fire,” so it’s no wonder that when you put him at the helm of the piano and ask him to play a cover, he’s going to make it a rip-roaring good time!

Taking to the stage for an unforgettable 1978 episode of Pop! Goes The Country, Lewis tickled the ivories in a way that not many can and unleashed his own version of “Me and Bobby McGee” that brought utter delight and happiness to all who watched.

This legendary song, originally penned by Kris Kristofferson and Fred Foster, has been a major part of country music for over 48 years and has been covered by a seemingly endless number of musicians in the time since its release.

Lewis’ rendition not only appeared on this dazzling episode of late-70s prime time television, but also on his rock-genre record, The Killer Rocks On, and was the B-side to his single “Would You Take Another Chance on Me?”

His amped-up version is an irresistible piece of music history and has been heralded by fans and critics alike with Colin Escott exclaiming that Lewis “destroyed the essence of the song, but – at the same time – created a new one” in the liner of Lewis’ record.

Watch Jerry Lee Lewis deliver this remarkable and fiery piano version of “Me and Bobby McGee” in the video below.