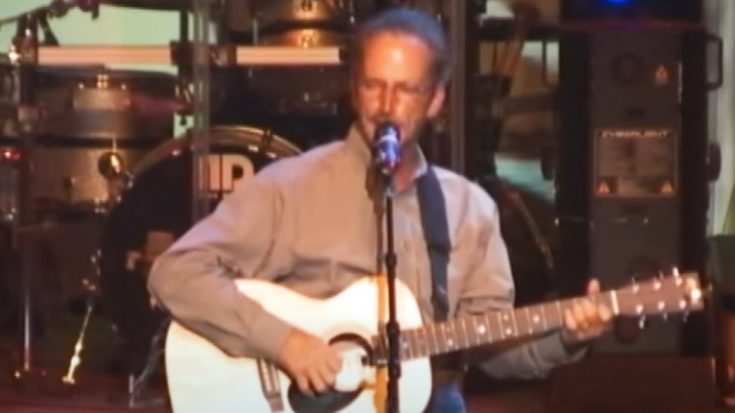 Son of country music legend Merle Haggard, Marty Haggard has been following in his dad’s musical footsteps for years. According to his official website, Marty feels privileged to have a father who he considers, “the best Country singer/songwriter ever,” and enjoys the opportunities he has had because of his family’s success.

Marty grew up in Bakersfield, California. Thanks to his famous father, he was surrounded by country music’s biggest stars. Having those influences growing up, Marty also turned to singing and songwriting as a career. Starting in 1983, he began touring with his dad and signed with various record labels.

After deciding to take a break from his own music, Marty went on to record a tribute album dedicated to Merle in 2010. He has since traveled, playing Merle’s music, and paying homage to the man that he feels lucky to call his father.

Watch this live performance from Marty in 2011 singing “Silver Wings,” one of Merle’s most recognizable songs. It was released in 1969 on A Portrait of Merle Haggard, the album that also included megahits “Workin’ Man Blues” and “Hungry Eyes.” The sorrowful song was never released as a single, but became extremely popular with his fans nonetheless.

It’s such a beautiful tribute to a country music great. Merle continues to live on through the one-of-a-kind music he left behind and through those who play it in honor and remembrance of him.