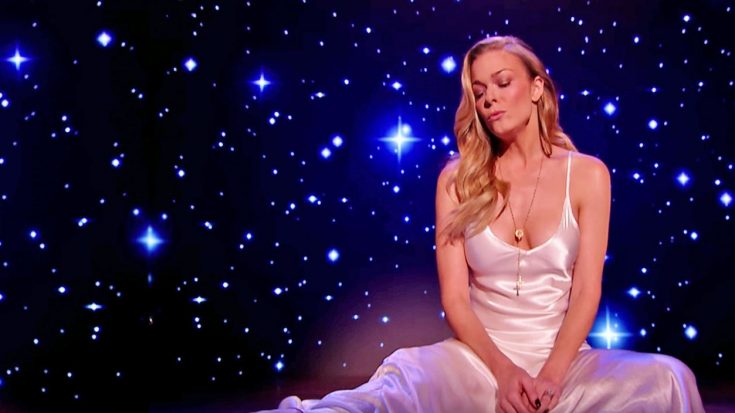 A Country Touch To A New Year’s Classic

Country singer LeAnn Rimes bid an emotional farewell to the past year with a moving performance of the New Year’s Eve traditional tune “Auld Lang Syne.”

Donning a pink silk dress, the country singer delivered an acoustic performance of the emotional song while sitting on the floor of a barren stage. Surrounded by hundreds of dazzling blue stars, Rimes flawlessly executed the powerful lyrics, shedding off the past year to welcome in a new one full of hope and possibilities.

A Little History Along With LeAnn’s Version

“Auld Lang Syne” is a traditional 18th century folk tune that has come to be a staple in countries across the world in the welcoming of the new year. The song emerged out of Scotland and was written by Robert Burns as a way to shed off the past year as the clock strikes midnight.

Rimes included her version of this timeless classic on her 2015 album Today Is Christmas, along with songs like “Little Drummer Boy,” “We Need A Little Christmas,” and “I Still Believe In Santa Claus.”

Celebrate the season with me! My new album, 'Today Is Christmas,' is now available on Google Play! http://smarturl.it/leanngooglep ?

You can watch a clip of Rimes’ powerful performance of “Auld Lang Syne” in the video below. Then listen to the entire recording!