Kelly Clarkson Sings Shania Twain’s “Whose Bed Have Your Boots Been Under?” 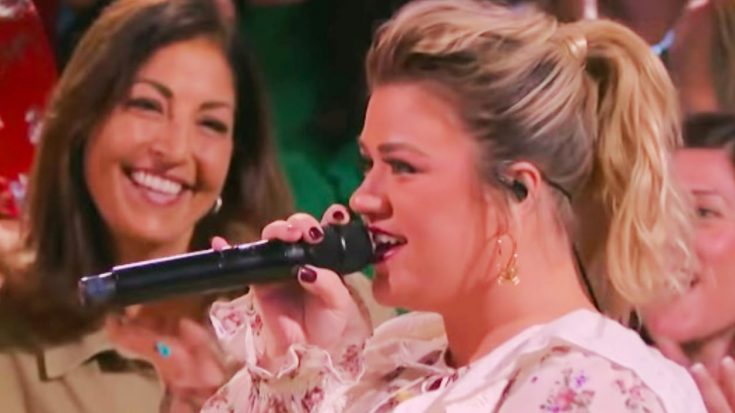 Whenever Kelly Clarkson has a musical guest on The Kelly Clarkson Show, she’ll often honor them by singing one of theirs songs during her “Kellyoke” segment. That’s exactly what she did when Shania Twain stopped by to chat with Clarkson during an episode that aired in March 2020.

Clarkson opted to sing one of Twain’s earliest singles, 1995’s “Whose Bed Have Your Boots Been Under?”

Written by Twain and her now-ex-husband, Robert John “Mutt” Lange, “Whose Bed Have Your Boots Been Under?” was the first single released off of Twain’s sophomore album, The Woman in Me. The track was a smash success, and claimed the 11th spot on the Hot Country Songs chart in the U.S. It was a number one country hit in Canada, where Twain is from.

The song went on to win the SOCAN Song of the Year award at the Canadian Country Music Awards in 1995.

“Whose Bed Have Your Boots Been Under?” was considered Twain’s breakout hit, and placed her on the road to superstardom. Though many bigger hits followed, the song remains one of her signatures, and crowds still enjoy it to this day.

So Clarkson had a lot to live up to when she covered the track for her “Kellyoke” segment. But she didn’t let the pressure get to her, and instead, just tried to embrace the song’s fun, sassy vibe.

In doing so, Clarkson put forth an entertaining performance that both the studio audience and viewers at home surely enjoyed. She sang with so much spunk!

If you liked Clarkson’s cover of “Whose Bed Have Your Boots Been Under?” you can find the video of her performance below. And if you haven’t seen it yet, then you definitely need to check out the clip!

Is there anything Clarkson can’t sing? Once again, she did country music justice, and we’re sure she made Twain proud.