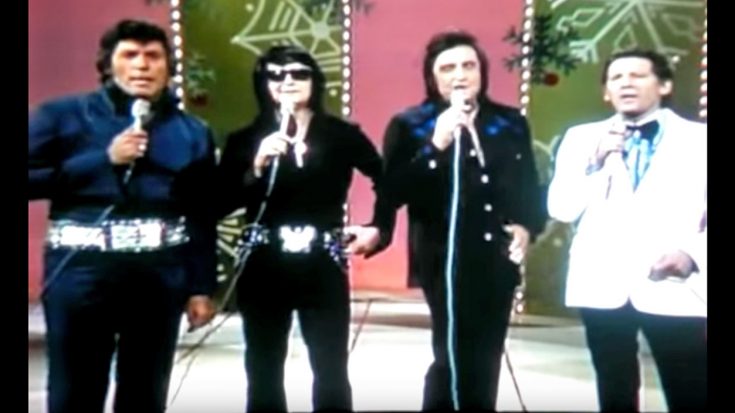 Several legendary musicians swept the stage with this unexpected tribute in mourning of the recent passing of close friend and fellow legend, Elvis Presley.

Appearing on The Johnny Cash Christmas Show in late 1977, the host and ringleader, Johnny Cash, along with three of his fellow legends and collaborators with The King, dressed up in honor of their friend and performed a song in his honor.

Roy Orbison joined the three remaining members of what once was The Million Dollar Quartet (Cash, Carl Perkins, Jerry Lee Lewis) and together, they sang the cherished gospel song, “This Train,” in dedication to their passing member.

Each artist donned a classic look similar to that of something Presley would wear on stage and they each took turns on the verses, singing their hearts out just months after the untimely passing of one of their own.

Watch this impressive tribute by four great country musicians in the video below and let us know what you think in the comments.