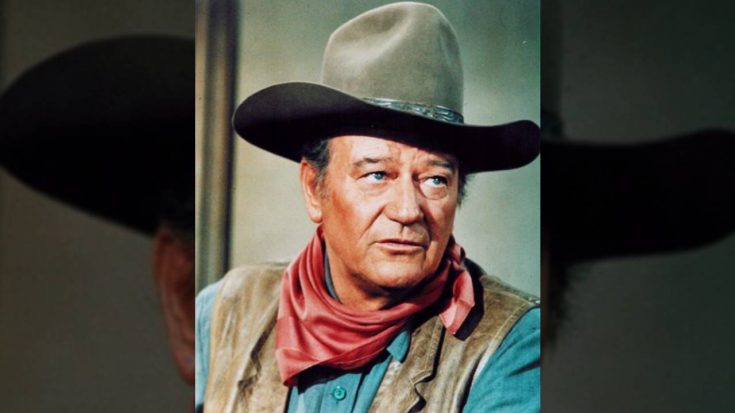 When someone says that John Wayne is a legend, there is no doubt about it.

He was one of the biggest movie stars for over three decades and starred in movies like Stagecoach, Sands of Iwo Jima, Hondo, The High and the Mighty, True Grit, and so many more.

John Wayne and his first wife Josephine had four children together: Michael, Mary, Patrick, and Melinda. With his third wife Pilar, he had three more: Alissa, John Ethan, and Marisa.

John’s three sons followed in his footsteps into the film industry, but that’s not the only similarity they share. They all look just like him, too!

His eldest son, Michael, was born in November 1934. Although he sadly passed away in 2003, it wasn’t before he made his own mark on Hollywood. His father was a force to be reckoned with in front of the camera, but Michael enjoyed it behind the scenes. He worked his way up from Production Assist, to line producer, to producer, and even worked on several of his father’s films.

Patrick, John’s middle son, became an actor at an early age – he made his film debut at age 11! He is credited for appearing in 40 films, 11 with his legendary dad.

Born in 1939, Patrick has had a long career in film, and television, and even hosted two game shows – The Monte Carlo Show and later Tic-Tac-Dough.

Meet Patrick Wayne, one of The Duke’s sons, of “Rio Grande”, “The Quiet Man”, “Mister Roberts”, “The Searchers”, “Sinbad And The Eye Of The Tiger” and many other television series and movies! Join us at @WmNostalgiaFest to meet the stars November 7-9! https://t.co/qVT1LP7j2I pic.twitter.com/WtrJVamkK5

Although John Ethan, who goes by his middle name, may have a different mother than Patrick and Michael, you can definitely tell they are all brothers. Ethan was born in 1962 has appeared in many different works as both an actor and a stuntman.

Ethan now serves as the manager of John Wayne Enterprises and is the director of the John Wayne Cancer Foundation and created its Team DUKE fundraising program in honor of his father.

John’s three sons resemble him in so many different ways, and we love that Patrick and Ethan have never stopped keeping their father’s legacy alive.

Watch his family gather on his yacht The Wild Goose and tell stories about him on what would have been his 110th birthday.