John Fogerty Backs Out Of Woodstock 50 Amid Festival’s Troubles 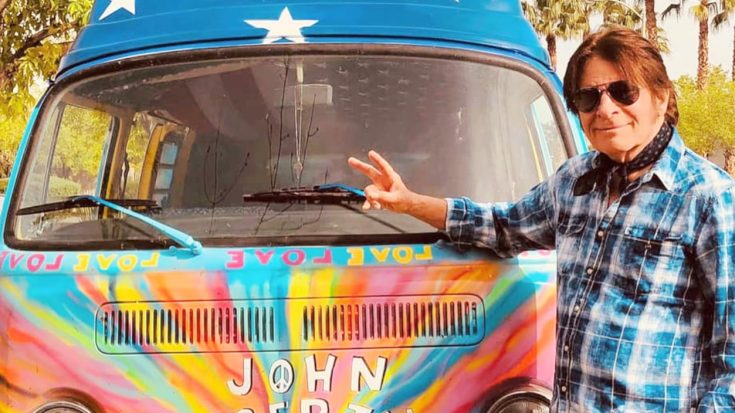 The festival is meant to mark the 50th anniversary of the Woodstock Festival in Bethel, New York. Famous names such as Miley Cyrus, the Black Keys, and Dead & Company have all signed on to perform at the event…if it ever happens.

Woodstock 50 has faced troubles from the start. The festival, which is scheduled to take place August 16, 17, and 18th, was supposed to start selling tickets on April 22. Those sales were delayed after the  New York State Department of Health denied the festival’s permit to be held in Watkins Glen, New York.

Investors backed out of the festival after the permit was denied, and for a while it was believed that the event had been canceled. But organizers declared that it was still happening, and started scrambling to find a new venue.

The organizers settled on Vernon, New York as the festival’s new home. It was announced that once the permit was approved, the tickets would finally go on sale.

Will the Town of Vernon allow peace, love & music to prevail so we can celebrate Woodstock50 with you? Upon permit approval we’ll announce our ticket on sale. Please share to show your support.☮️❤️?#Woodstock #Woodstock50

But then, on July 16, the city unanimously voted to reject the festival’s permit to be hosted there.

Despite the setback, the festival organizers did not announce a cancelation. Now, we’re weeks away from the festival, which still has no confirmed venue.

Although, Bloomberg did report it will now take place at the Merriweather Post Pavilion in Maryland. However, a representative for the festival told The Associated Press and was cited by Billboard as saying that report could not be confirmed.

If the festival does take place, it will now be without two of its biggest stars. The above mentioned Billboard article also revealed that John Fogerty, the voice behind hit songs such as “Proud Mary” and “Bad Moon Rising,” has pulled out of the festival. Later reports stated that Jay-Z had also removed himself from the lineup.

Report: Jay-Z and John Fogerty will no longer perform at Woodstock 50 https://t.co/1M8D0TtIFt pic.twitter.com/IDiGx63gJI

Fogerty’s departure is a big deal, since he performed at the original Woodstock with his band, Creedence Clearwater Revival. He played an active role in hyping up the 50th anniversary festival, appearing alongside the original festival’s co-founder Michael Lang to announce artists on the 2019 lineup.

Now, instead of performing at Woodstock 50, Fogerty will perform at an unrelated event honoring Woodstock. The event will take place at the Bethel Woods Center for the Arts during the same weekend that Woodstock 50 is supposed to occur.

What do y’all think of this whole mess? Do you think Woodstock 50 will still be able to happen? Were you planning to attend?

Let us know all of your thoughts, because we’d love to hear them.