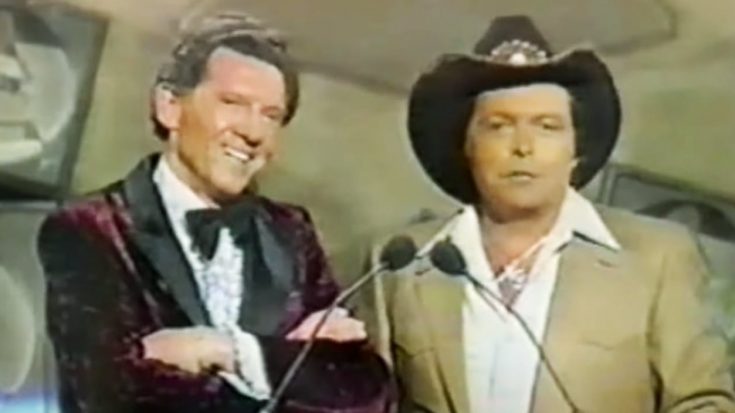 Country music legend Mickey Gilley died on Saturday (May 7) at the age of 86. Just days before his passing, Gilley announced he had to cancel some shows due to “some health issues.”

Gilley’s death hit the country music community hard. He was an incredibly influential artist, with 42 Top 40 country singles to his name.

Many people know of Gilley thanks to his connection to the Urban Cowboy film. He had a club in Pasadena, Texas called Gilley’s Club, and the club and its mechanical bull were portrayed in the movie. On top of that, the story of two real-life Gilley’s regulars who fell in love inspired the movie’s plot.

Gilley’s career experienced a huge boost after Urban Cowboy was released in 1980:

“I thank John Travolta every night before bed for keeping my career alive,” Gilley said during an interview with The Associated Press in 2002. “It’s impossible to tell you how grateful I am for my involvement with ‘Urban Cowboy.’ That film had a huge impact on my career, and still does.”

The success Gilley experienced after Urban Cowboy‘s release was a dream come true for the man who had been singing and playing music from a young age.

Some of Gilley’s first musical experiences were with his cousins Jerry Lee Lewis and Jimmy Swaggart. They would sing gospel and boogie-woogie music together.

Swaggart went on to become a televangelist, while Lewis pursued a music career. He hit it big before Gilley, and became known as the voice behind timeless hits such as “Great Balls of Fire” and “Whole Lotta Shakin’ Goin’ On.”

Gilley, Lewis, and Swaggart maintained a close relationship throughout their lives. So when Gilley passed away, Lewis was understandably devastated.

Lewis shared a short statement on social media about his cousin’s death. He wrote:

“I am so very saddened by the death of my cousin Mickey Gilley. He and Jimmy Swaggart are like brothers to me. We are asking for prayers for his wife, Cindy and his entire family. I’m sad and praying. I loved him very much.“

Lewis shared his message alongside a recent photo of him, Swaggart, and Gilley.

Lewis shared the same statement on Facebook along with a video. The video shows Gilley performing his #1 hit “Don’t the Girls All Get Prettier at Closing Time” during Lewis’ 85th birthday celebration. You can watch that video below.

Our hearts and prayers go out to Lewis, Swaggart, and all of Gilley’s loved ones during this sad time. May Gilley rest in peace.