Hank Williams Jr. Invites Kris, Waylon, & More To His Party In ‘All My Rowdy Friends’ Video 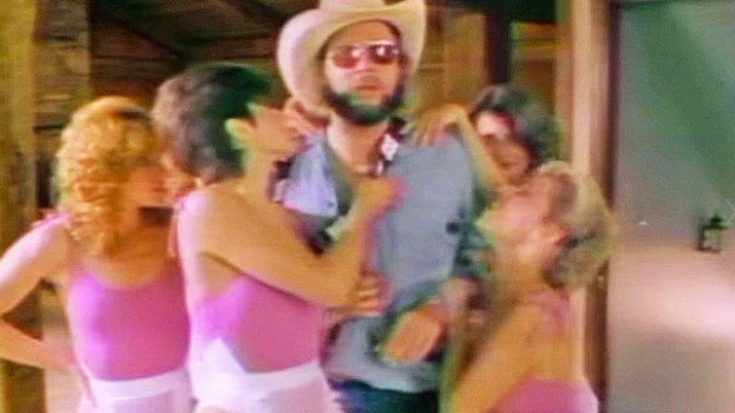 Hank Williams Jr. invites some of the biggest names in country music to join him for an epic house party in his music video for “All My Rowdy Friends Are Coming Over Tonight.”

George Jones, Mel Tillis, Kris Kristofferson, Cheech and Chong, Waylon Jennings, Porter Wagoner, and more all head over to Williams’ house after he and an army of maids donning bright pink bathing suits prepare his “party pad” for the festivities after cleaning up from the party it looks like he had the night before.

Arriving by limo, horse, lawn mower, and even hot air balloon, country music legends and a few more pile in, ready to throw down, country style!

“All My Rowdy Friends Are Coming Over Tonight” was written and released by Hank Williams Jr. in 1984 as the second single of his album Major Moves. The music video earned the “Music Video of the Year” award at both the CMA Awards as well as the ACM Awards.

You can watch the hysterical video below and be sure to let us know how many country greats you can count in the comments!