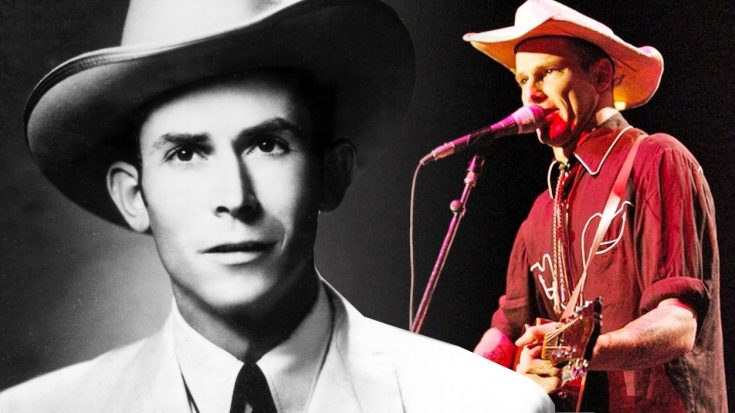 If y’all just take a moment to close your eyes and listen to Hank Williams III and his Grand Ole Opry performance, you might just think you’re listening to Hank Williams Sr. himself! Hank III’s rendition of “Lovesick Blues” and “Moanin’ The Blues” is absolutely phenomenal and definitely worth a listen or two. Or perhaps three.

“Lovesick Blues” became an overnight success when it was released in 1949, the same year as Hank Sr.’s Opry debut – and the Opry was exactly where he performed this timeless hit!

Legend says that he received six encores that night and this song has been covered a seemingly endless number of times in the decades since.

“Moanin’ The Blues” was released just a few short years later, in 1951, and peaked at the number one spot on the US Country chart.

Hank Sr.’s Opry introduction came from the legendary Little Jimmy Dickens. He started out speaking about Williams, touring with him, and how they grew to be very close friends. Dickens went on to reminisce about watching Hank Williams Jr. grow up and other fond memories.

Hank III’s performance is a truly a must-see. He really nailed it and his grandfather would, without a doubt, be proud.