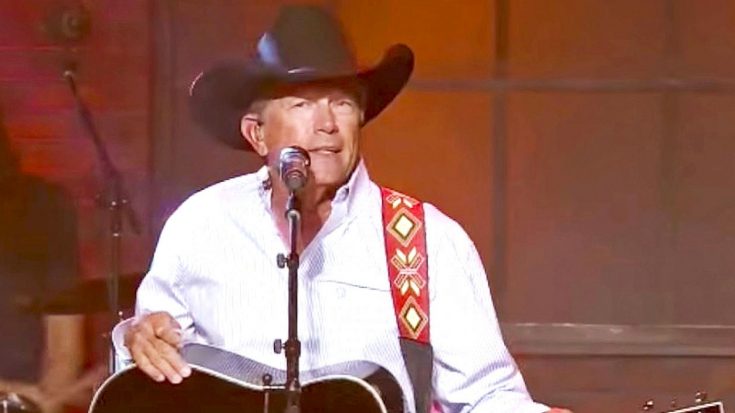 Honoring “The Killer” With A Killer Concert

Jerry Lee Lewis may be considered as a pioneer of rock and roll music, but his influence can be felt across multiple genres. That’s why a whole host of country stars turned out in the summer of 2017 to honor him in a special concert hosted by the online music series Skyville Live.

Toby Keith, Chris Stapleton, and Kris Kristofferson were three of the artists who stepped up to honor Lewis by performing some of his biggest hits. But it was George Strait who was tasked with singing one of the most iconic songs of Lewis’ career, “Great Balls of Fire.”

How Did “The King of Country” Tackle It?

Since “Great Balls of Fire” was such a major hit in the country genre, it only made sense to have “The King of Country” honor Lewis by singing it for him at the Skyville tribute concert. Strait fully embraced the character of the song, and performed with an unbridled amount of energy.

Turning on the charm, Strait smiled at those watching from the audience and even started dancing around a little bit. It has to be one of the most swoon-worthy performances we’ve ever seen from him.

Tune in below to watch Strait work his magic on his tribute performance of “Great Balls of Fire.” He kept it true to Lewis’ original, which we’re sure made “The Killer” proud!