Faith Hill Cries While Singing ‘I Need You’ To Tim McGraw 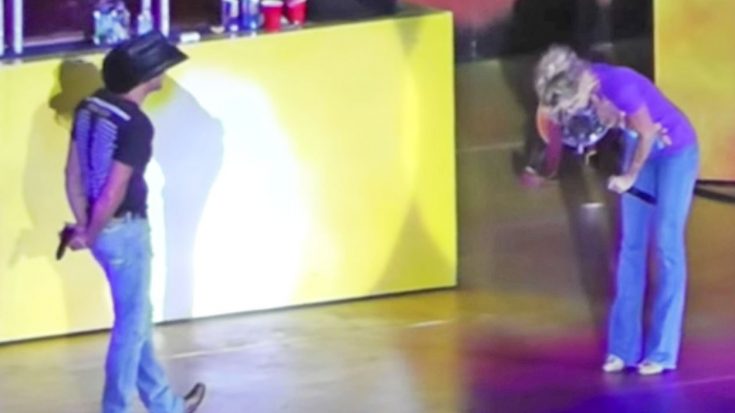 ****MAY GIVEAWAY**** 2 tickets to TIM MCGRAW AND FAITH HILL on June 4 in Saskatoon!!. PLEASE READ CAREFULLY….You MUST 'Like and Share' our main page AND this post to be entered. GOOD LUCK!

Posted by Saskatchewan's Best Car and Truck Deals Guaranteed on Saturday, May 6, 2017

Faith Hill made a special appearance at her husband’s final show for his Brothers Of The Sun Tour back in August of 2012 for a romantic duet of “I Need You.” Overcome with emotion and love for her husband, Hill completely breaks down mid-performance. This is the of the epitome popular phrase: relationship goals.

The country singer chokes up during the emotional lyrics, “Like the Father and the Son need the Holy Ghost, I need you.” She attempts to find her composure but finds herself unable to go on any further completely paralyzed with emotion.

Faith and Tim released “I Need You” in April 2007 and it swept the charts peaking at No.8 on Billboard’s Hot Country Songs chart and No.50 on the all-genre Hot 100 chart. The ballad consists of two people conveying their love for one another and how they don’t only love each other, but need one another to go on.

You can watch Faith Hill’s romantic moment in the video below and be sure to let us know what you think about it in the comments!