Elvis Was ‘Very Respectful’ To Priscilla Before Marriage, She Says In 2018 Interview 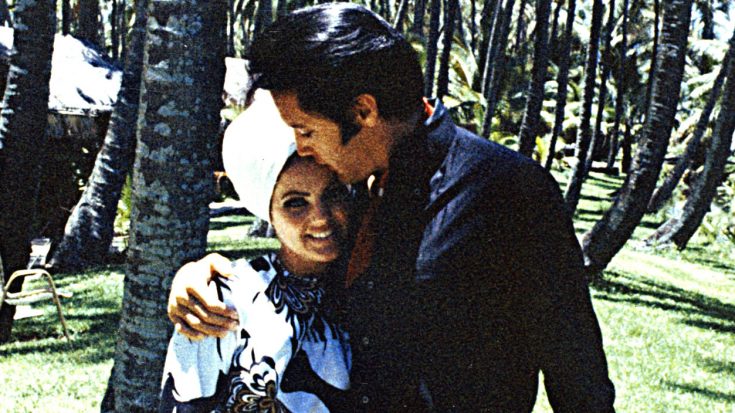 The King Of Rock And Roll Meets His Queen

Y’all know the story. When Priscilla Beaulieu was just a young teen, she met Elvis while he was stationed in Germany for his Army service. The two took a fancy to each other, but were separated for a while when Elvis returned to the U.S.

But absence makes the heart grow fonder, and Elvis eventually extended the invitation to have Priscilla come live with him at Graceland.

Even though she was still only a teenager, her parents gave their consent, and she left to live with “The King.”

Priscilla Speaks Up About Longstanding Rumors

Of course, it has been rumored that Elvis and Priscilla explored the physical aspects of their relationship long before they were married in 1967. But according to Priscilla, that is not the case.

Speaking to the New York Post to promote the film, Elvis Presley: The Searcher, Priscilla dove right in to sharing personal details of her relationship with Elvis. First of all, she wanted to set the record straight that he was nothing but a gentleman to her before they were married.

“Elvis Presley was very, very respectful to me in every single way,” she said.

Explaining Her Side Of Things

Priscilla said that Elvis’ devotion to his faith is what kept him from trying anything with her before they were married. That, and the fact that he promised her parents he wouldn’t take things too far:

“Our marriage was very important to him, and he was a very moral human being,” Priscilla said. “He was very religious. My parents certainly would have never let me go if he hadn’t promised nothing would ever happen. We did pet and we held hands and we kissed, which was fun…but he was true to his word.”

It was certainly clear that Elvis loved Priscilla dearly. All you have to do is look at videos of the two of them together to see how much they cared about each other. You can do just that by watching some of their home movies below.

What do y’all think of the personal details Priscilla had to share? We’d love to hear your thoughts.