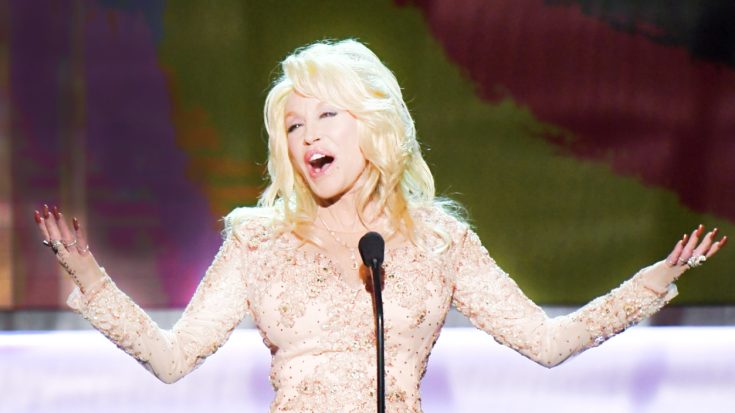 Dolly Parton isn’t normally one to get political. In fact, she often stays completely away from any subject that might upset her fans. But in a newly-released video, the singer breaks her own rules and celebrates the hard-fought battle for women’s right to vote.

The singer, songwriter, actress, and businesswoman is a “Jill of all trades” but the one field she stays out of has always been politics. In one ABC-News interview, Parton completely shut down a reporter who kept trying to find out her personal views:

“I learned a long time ago to keep your damn mouth shut if you want to stay in show business.”

An ABC interviewer turns flips trying to get @DollyParton to badmouth @realDonaldTrump. It doesn’t work out so well. pic.twitter.com/AfN6ATuBGn

While Parton still stays away from controversial current events, she was willing to sing about the history of how women gained their right to vote in her new suffrage-inspired song, ‘A Woman’s Right.’ The video itself is very “Dolly.” With cute cartoon characters and butterflies used throughout – it definitely speaks to her personality.

While the song is very upbeat sounding – the meaning behind it recalls hard times and the political storm that surrounded getting the 19th amendment ratified. She pays tribute to key historical figures such as Susan B. Anthony and all those who marched for women’s suffrage.

Dolly even used specific details and quotes from events that took place in the late 1800s and early 1900s. About halfway through the video, she stops singing and you can hear her voice echoing the words of women from the “First Women’s Rights Convention” that was held in 1848.

It was here that women first came together and decided that “it is the duty of the women of this country to secure to themselves their sacred right to vote.” At the time, this was a very taboo thought – but now, Dolly states it proudly.

The video is part of 27: The Most Perfect Album – a collection of songs revolving around amendments added to our Constitution. It was created as a spinoff of the More Perfect podcast and since opening its doors to artists – Dolly and several others have signed on to help create this musical documentary of American history.

The full album is available on WNYC’s website and you can watch Dolly Parton’s full ‘A Woman’s Right’ video below.