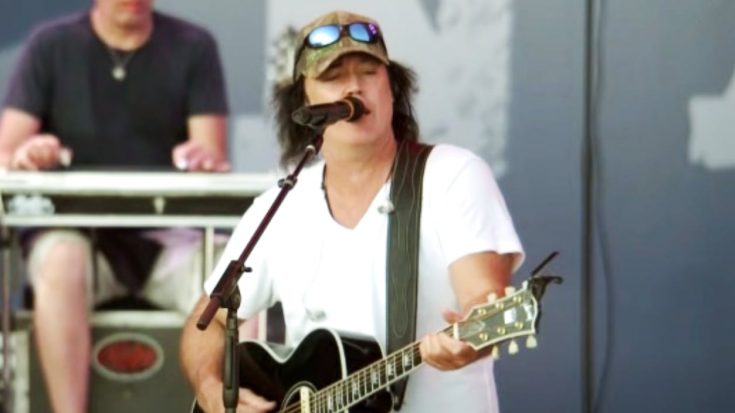 David Lee Murphy is one of country music’s finest singer-songwriters. Most people recognize him as the voice behind #1 hits “Dust on the Bottle” and “Everything’s Gonna Be Alright,” the latter of which was a collaboration with Kenny Chesney. Murphy and Chesney’s duet won the CMA Award for Musical Event of the Year in 2018.

But Murphy has also experienced incredible success as a songwriter. He’s penned some massive hits for other artists, such as Jason Aldean‘s “Big Green Tractor” and Thompson Square’s “Are You Gonna Kiss Me or Not.”

At age 62, Murphy remains active as a performer and recording artist. His newest album, No Zip Code, was released in 2018. Murphy, Chesney, and Buddy Cannon produced the record, which contained “Everything’s Gonna Be Alright.”

This year, Murphy performed at the Faster Horses Festival in Brooklyn, Michigan. He had a handful of other shows on the books, but unfortunately just had to cancel two of them.

In a post to Murphy’s official Facebook page, it was revealed he has tested positive for COVID-19. As a result, he has to cancel his appearances at the Ellensburg Rodeo Arena on September 2 and at the Coconino County Fair on September 4.

“He and his band were very much looking forward to performing for the Party Crowd in each city,” read the post on Murphy’s page. “He sends his best to all his fans and hopes he will have an opportunity to perform for them in the not too distant future.”

The post ended with a request for Murphy’s followers to “Please keep [him] in your thoughts and prayers for a speedy recovery.”

Murphy’s next show is scheduled for September 10. We’ll be praying he feels better by then!