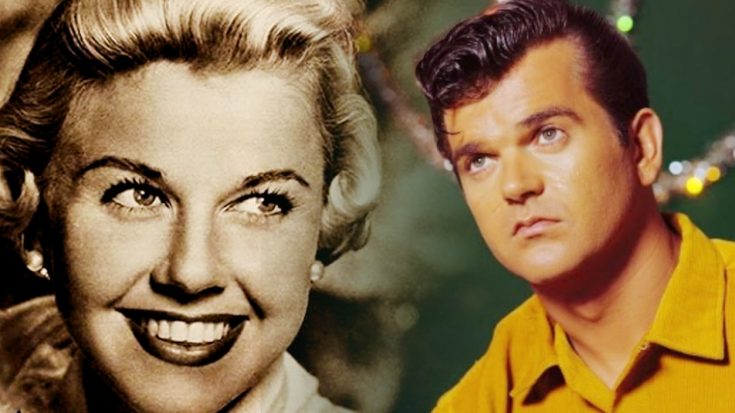 In 1944, a song titled “Sentimental Journey” was published. Little did its creators know that song would one day journey through genres to become one of the most beloved tunes of the era.

It was the song that almost never was, since the musician’s strike that lasted from 1942-1944 kept co-writer Les Brown from recording it with his band, Les Brown and His Band of Renown.

Finally, Brown got the chance to record and release the song, but he wasn’t the one who sang lead vocals. Instead, that honor was given to a then up-and-coming singer and actress at the time…Doris Day.

Legendary actress Doris Day, one of America’s most popular movie stars and singers in the 1950s and '60s, has died. She was 97. https://t.co/85XhZWSGa3 pic.twitter.com/QC8wbVaKky

As chance would have it, the song’s release came at the same time as the end of WWII in Europe. As a result, many veterans viewed the song as a homecoming anthem, which surely helped its popularity skyrocket.

Just how popular was the song? Well, it became a number one hit (the first of Day’s career), and remained on the chart for an impressive total of 23 weeks.

The song’s success inspired other artists to record their own renditions. While it eventually became known as a jazz standard, it ended up being recorded by singers of all genres, including Ella Fitzgerald, Amy Winehouse, and Bob Dylan.

But one of the earliest covers came from the only country star to record the song…Conway Twitty.

If you’ve never heard Twitty’s version of “Sentimental Journey,” you may be in for a surprise.

While audio clips of Twitty’s recording have been online for a few years, more resurfaced following Day’s passing at the age of 97 on May 13, 2019. And these audio clips reveal that Twitty’s version of the song was actually far from “country” in style.

In his early years, Twitty was known more as a rockabilly singer. As a result, his rendition of “Sentimental Journey” takes on a more rock and roll vibe than he may have given the song later in his career. The track appeared on his 1959 album Conway Twitty Sings, which was released by MGM records.

During this early stage of his career, many listeners would often mistake Twitty’s voice for that of Elvis Presley‘s.

When you listen to Twitty perform “Sentimental Journey” in the clip below, you’ll understand why they would have thought that. His voice took on an entirely different sound and style back then!

Thanks to artists like Twitty and the many others who covered “Sentimental Journey,” Day’s legacy will always live on. And her music will continue to cross genres and generations…