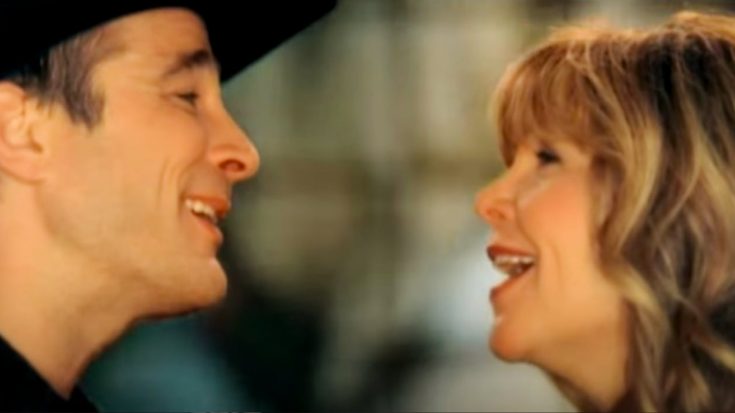 Clint Black and Lisa Hartman Black adore each other. The country singing couple has been married for 29 years, and share daughter Lily Pearl.

They’re responsible for bringing us one of the best country love songs of all time…the romantic duet “When I Said I Do.”

The song was released two years before Clint and Lisa welcomed their daughter Lily.

Now 20 years old, Lily is following in her parents’ musical footsteps. She made her Grand Ole Opry debut in October 2020, and performed alongside Clint and Lisa at the Ryman Auditorium two months later.

Also in 2020, Clint and Lisa made Masked Singer history when they competed as the first-ever duo on the show. They performed as the Snow Owls, and wowed the judges with their performances.

The couple made it has far as the seventh episode of the season before they were eliminated. Fellow country singer LeAnn Rimes went on to win the season as The Sun.

After such an exciting year, Clint and Lisa had another reason to celebrate on June 1. It was Lisa’s birthday!

The stunning singer and actress turned 65. Clint took to social media to gush about her, and his message will make your heart melt.

“Such a wonderful lady; born on this day,” Clint wrote. “Happy birthday to my beautiful wife! Celebrating @lisahartmanblackofficial_, all day today!“

Isn’t he the sweetest?

Clint also shared a series of photos that show him and Lisa through the years. You can flip through those photos below.

We hope Lisa had the happiest birthday!