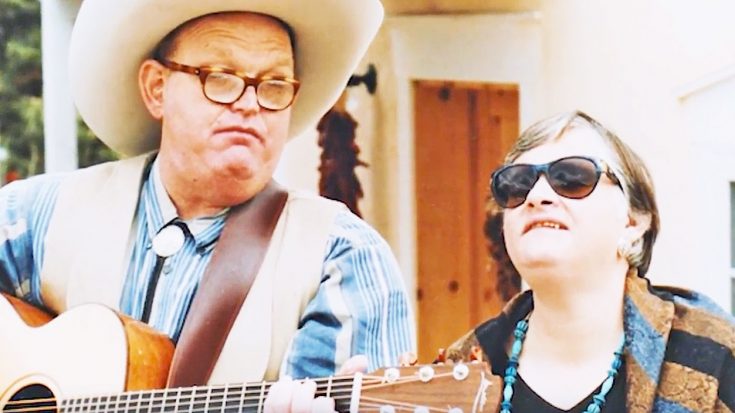 One day in a city east of Dallas, a baby girl was born who would eventually go on to become an influential player in the country music scene. That baby girl was Bonnie Hearne, who discovered her passion for singing and playing piano as a young child.

But the young girl was forced to face some serious challenges on her road to musical stardom. By the time Bonnie was nine years old, she was declared legally blind, and was enrolled as a student at the Texas School for the Blind in Austin, Texas. It was at her school that Bonnie started learning piano, and she kept up with the instrument for most of her life.

In 1968, Bonnie met her future husband, Bill Hearne, through a mutual friend in Austin. Like Bonnie, Bill is also blind, but that also didn’t stop him from pursuing a musical career. Bonnie and Bill teamed up and began performing together in Austin, but eventually made the move to New Mexico, where they had been for the past several decades.

Bonnie and Bill recorded a number of albums with small labels, but didn’t release a major label record until 1997. That album, titled Diamonds in the Rough, featured guest appearances from notable names such as Lyle Lovett and Nanci Griffith. The couple would later collaborate with other esteemed artists, including Emmylou Harris and Buck Owens.

In later years, Bonnie’s health began to interfere with her career. She developed a digestive ailment called colitis, which she felt was caused by the stress of touring. She eventually retired from tour life in 2003, but continued to perform with her church choir.

The final appearance Bonnie ever made on an album was in 2007, which is when she sang backing vocals for Bill on his album Heartaches and Honky-Tonks.

Mere months ago, Bonnie and Bill were honored by the New Mexico Music Commission Foundation with the Platinum Music Award for Lifetime Achievement. Bonnie’s health began to deteriorate after that, with Bill telling the The New Mexican that she recently fell twice at their home and was rushed to the intensive care unit at the Christus St. Vincent Regional Medical Center.

Sadly, Bonnie passed away due to complications from a bacterial infection called sepsis. Bill confirmed the news of her death during a telephone interview with the The New Mexican. She was 71 years old.

John Egenes, a musician who toured with the Hearnes and has known them for over 40 years, spoke to The New Mexican about the type of person Bonnie was:

“I spent so many times with Bonnie, talking about life and love and music and other philosophical things. She was blind, but she showed me how to actually look at my life, and how to see things that I couldn’t see before…Music was her language, and she allowed me to speak it with her, and for that I will be eternally grateful.”

Bonnie is survived by her husband, Bill, and her two brothers, Ernie Whitener and Bill Joe Whitener. As of press time, details concerning her funeral are still pending.

In honor of Bonnie and her talent, we’d like to share a video with you of one of her many performances. This one is especially noteworthy, since it occurred at Willie Nelson‘s 1986 Farm Aid concert.

Our thoughts and prayers go out to Bonnie’s family, friends, and fans during this sad time. She’ll be dearly missed.