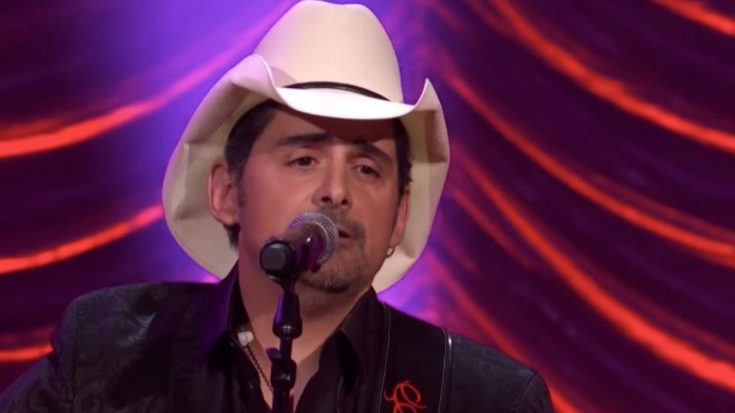 On Sunday night (May 15), CMT honored Naomi Judd through a televised memorial service. Titled Naomi Judd: A River Of Time Celebration, the service aired live with no commercial interruptions.

Naomi’s family, friends, and fellow country stars gathered at the Ryman Auditorium to honor her life and legacy. She was 76 years old when she passed away on April 30. Her passing was just one day before she and her daughter Wynonna were inducted into the Country Music Hall of Fame as The Judds.

Wynonna and her sister Ashley were both at the memorial service. Ashley delivered a moving speech about her mother, while Wynonna performed a couple of songs. Wynonna also promised that The Judds’ planned “final tour” for later this year will continue in honor of her mother.

Some of the other performers at the memorial were Carly Pearce, Little Big Town, Ashley McBryde, and Brad Paisley.

Paisley performed a tender rendition of The Judds’ “Young Love (Strong Love).” The Judds released the song in 1989 and it became a #1 hit on the Hot Country Songs chart. It was the 13th #1 single of their career.

Paisley delivered his “Young Love” tribute acoustically. With nothing more than the sound of his own guitar to back him up, Paisley poured his heart out as he honored Naomi with his performance.

CMT shared a short clip of Paisley’s performance on social media. So if you missed the memorial when it aired on TV, you can watch Paisley sing below. It was a touching tribute to a legendary figure in country music.

Our continued prayers go out to all of Naomi’s loved ones. She’s so dearly missed.