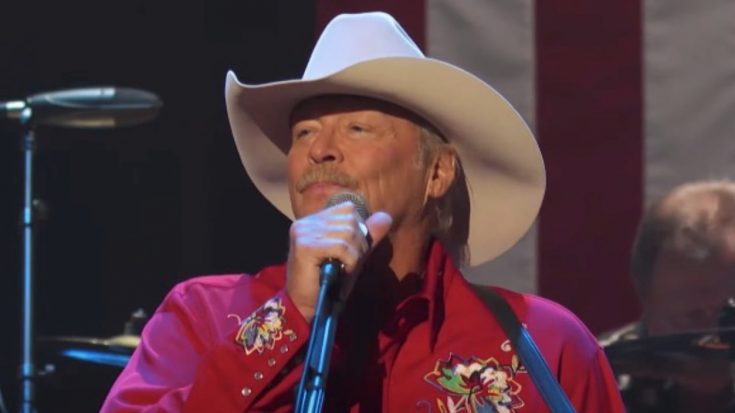 Alan Jackson‘s 2021 has been a busy year. He released a new album, Where Have You Gone, in May, and has been touring across the country.

The next two shows Jackson had on the books were scheduled for September 17 and September 18 in Detroit, Michigan and Green Bay, Wisconsin. However, those two shows have since been canceled.

News of the sudden cancelations was announced on Tuesday (September 14).

Jackson’s show in Green Bay was previously supposed to take place in August 2020. But he won’t be rescheduling it again.

The Resch Center in Green Bay released a statement concerning refunds. All tickets will be automatically refunded and “this includes both the rescheduled date and the original 2020 date.”

The Green Bay Press Gazette spoke with Terry Charles, the senior manager of corporate communications for PMI Entertainment Group, which manages the Resch Center. According to Charles, the concert was not canceled by PMI.

Jackson gave no reason for canceling his shows at the Resch Center and at the Little Caesars Arena in Detroit. Now when you view the show dates under the “Tour” section of his website, it simply reads “cancelled” beside them.

One date remains on Jackson’s tour schedule for the year. He’s supposed to perform on October 8 at the Bridgestone Arena in Nashville, Tennessee.

We hope all is well with Jackson and that he’ll be able to perform again soon.