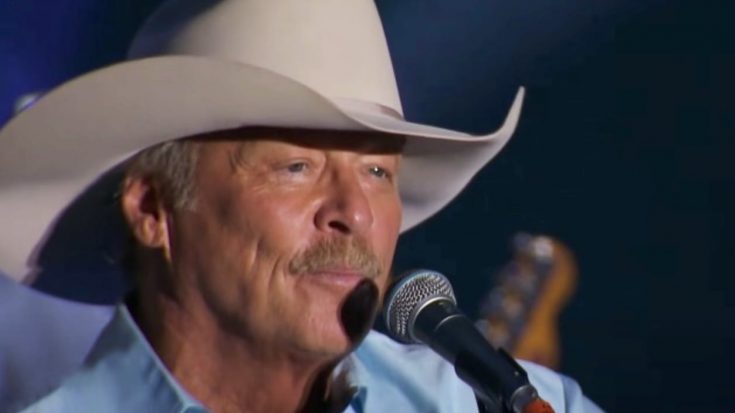 Those who were looking forward to seeing Alan Jackson at this year’s CMA Fest got some disappointing news when they learned he will no longer be making an appearance.

Jackson was slated to perform on the Nissan Stadium Stage on Saturday (June 11). A press release indicates that Brothers Osborne and Old Dominion will now be performing in his place.

No reason was given for Jackson’s departure from the lineup. Though it’s likely he dropped out for health-related reasons. In September 2021, Jackson announced he was diagnosed with Charcot-Marie-Tooth disease, a disorder that causes nerve damage.

Jackson told TODAY his condition has made it increasingly more difficult to perform onstage:

“…it’s been affecting me for years. And it’s getting more and more obvious. And I know I’m stumbling around on stage. And now I’m having a little trouble balancing, even in front of the microphone, and so I just feel very uncomfortable. And I just want people to know that’s why I look like I do, if they’re wondering…it’s just gonna disable me eventually.”

Jackson said he had no idea how much longer he’d be able to keep performing live. He does have a tour on the books for this year, which is set to kick off in just a few weeks. Titled Last Call: One More for the Road, the trek will take Jackson to 16 cities during the summer and fall.

A few days after announcing he would not be at CMA Fest, Jackson broke his silence to address the cancellation:

“Sorry I won’t be at CMA Fest in Nashville this weekend, but I’ll see you on the road this summer and fall starting at the end of the month!” Alan shared in a statement on social media. You can read that statement below.

We’re sorry to hear that Jackson won’t be able to attend CMA Fest this year. But we look forward to seeing him on his tour!